For the Hawks, the rest of the season is seemingly meaningless. The biggest concern for the Hawks right now is staying healthy while attempting to stay in rhythm for the playoffs. However, this is not the case for the rest of the Eastern Conference. Seeds 7 and 8 in the East are up for grabs and a lot of movement should be expected in these last 8 or 9 games of the regular season. The Hawks have the 1 seed locked up and will be playing the 8 seed come playoff time, so lets take a look at some of the biggest concerns each possible matchup could offer in the playoffs. 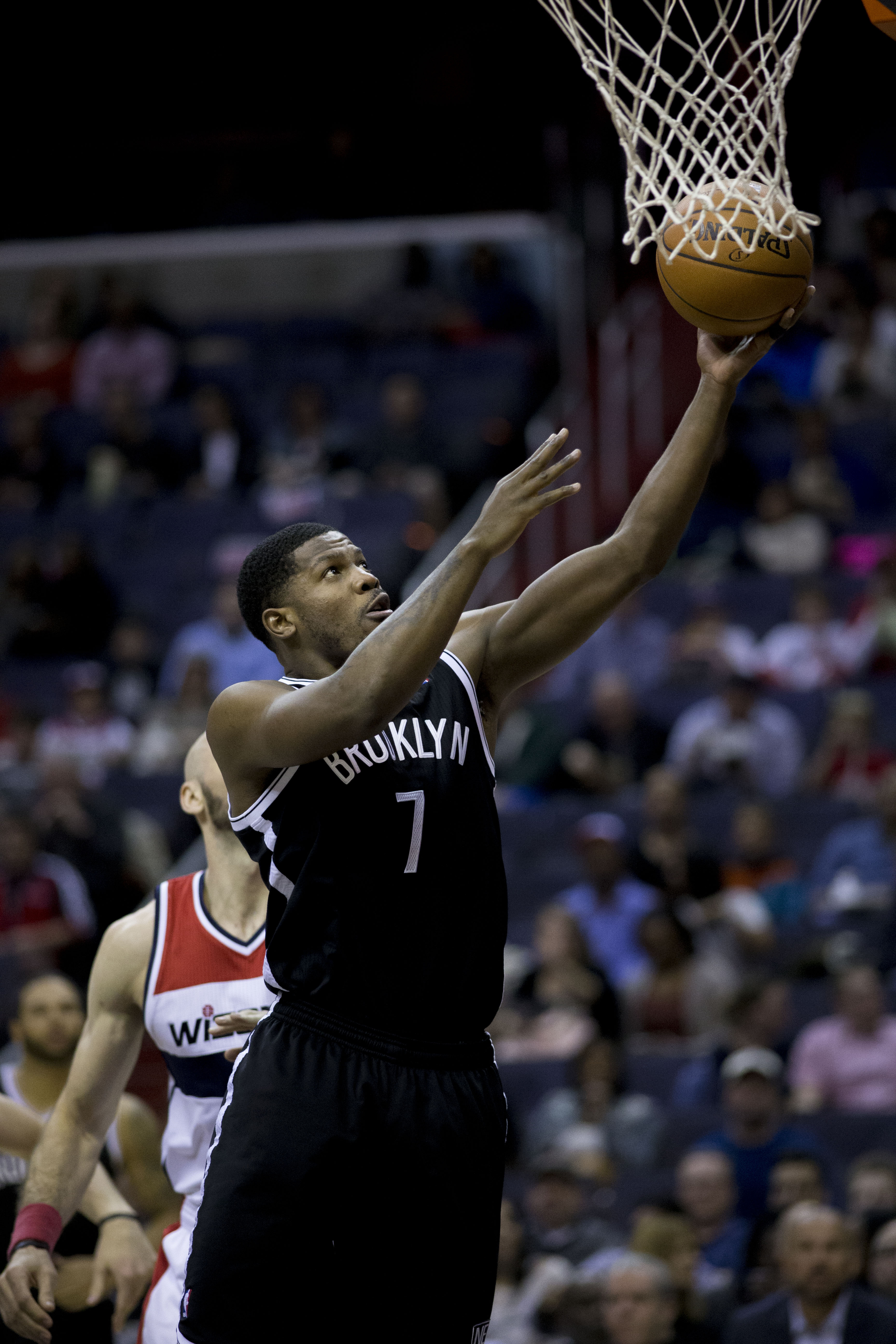 ​The Nets currently occupy the eight seed and are no doubt the last team the Hawks want to meet in the first round of the playoffs for quite a few reasons. The Hawks have the right to swap first round picks in the upcoming draft due to a clause in the Joe Johnson trade from 2012. The East is very top heavy this season, and the teams battling for a final playoff spot are well under .500. If Brooklyn were to fail to make the playoffs this year, this would ensure the Hawks a lottery pick in this year’s upcoming NBA draft, which would be huge for the franchise. This season, the Hawks are currently 2-0 versus the Nets with two more games left against them this season. In both games, the Hawks have won by double digits. The Nets should not have much of a shot in a 7 game series against the Hawks, but of all the possible 8 seeds they definitly put some of the best player talent on the floor. As most Hawks fans know, Joe Johnson can ball. Iso Joe has sick moves on the perimeter or on the block and creates shots for himself.  Hawks fans also know that Johnson is not exactly a playoff star, as he never led the Hawks past the second round of the playoffs.  The Nets also have a very talented young front line in Thaddeus Young and Brook Lopez. These guys, for most teams, could present some matchup problems down low, but the Hawks front line of Milsap and Horford is simply just better and I do not see Lopez or Young having some type of breakout series. The biggest problem the Nets could pose is their ability to get victories on the road. In the playoffs, it is all about holding home court. Teams that win series and championships have to be able to get wins on the road. The Nets actually have a better record on the road (18-20) than they do at home (15-20). While none of these records are particularly impressive, they have the fourth most road wins in the Eastern Conference and if they can sneak away with a win in Phillips anything can happen.

​As far as potential matchup problems, the Heat would provide the most out of any of these teams in a playoff series. Even with the loss of Chris Bosh for the season due to a blood clot in his lungs, the Miami Heat still put a ton of talent on the floor every night. Their roster on paper and their record simply don’t add up. They currently occupy the 7 seed in the Eastern Conference, but are only a half a game ahead of the Brooklyn Nets. If the Heat happen to slip to the eight seed they could present a tough first round matchup for the Hawks. Essentially, the biggest worry for the Hawks in this potential matchup has to be stopping Dwayne Wade. In the month of March, Wade had a sort of resurgence, averaging close to 25 points per game and shooting close to 49 percent from the field. The Hawks have seen firsthand the way Wade can carry a team through a playoff series. However, this team is a scary threat in the first round because they have more than just one star player. The Heat traded for point guard Goran Dragic at the trade deadline. This was a huge upgrade from their previous starting point guard, Mario Chalmers. They have also found one of the true diamonds in the rough in this league in Hassan Whiteside, a 25-year old Center out of Marshall who has bounced between NBA teams and played in countries such as Lebanon and China. Whiteside has taken the league by storm since joining the Heat. He became one of the true rim protectors in the league overnight and can anchor the Heat defense. Whiteside can also crash the boards at a ridiculous rate and could take advantage of one of the Hawks biggest weaknesses, their rebounding. They also play great team defense, which can keep teams in a playoff series. The Hawks are 4-0 in the season series against the Heat, but if Whiteside can stay healthy for the playoffs and the Heat can find a way to keep the games close until the end, the first round will be far from a walk in the park. 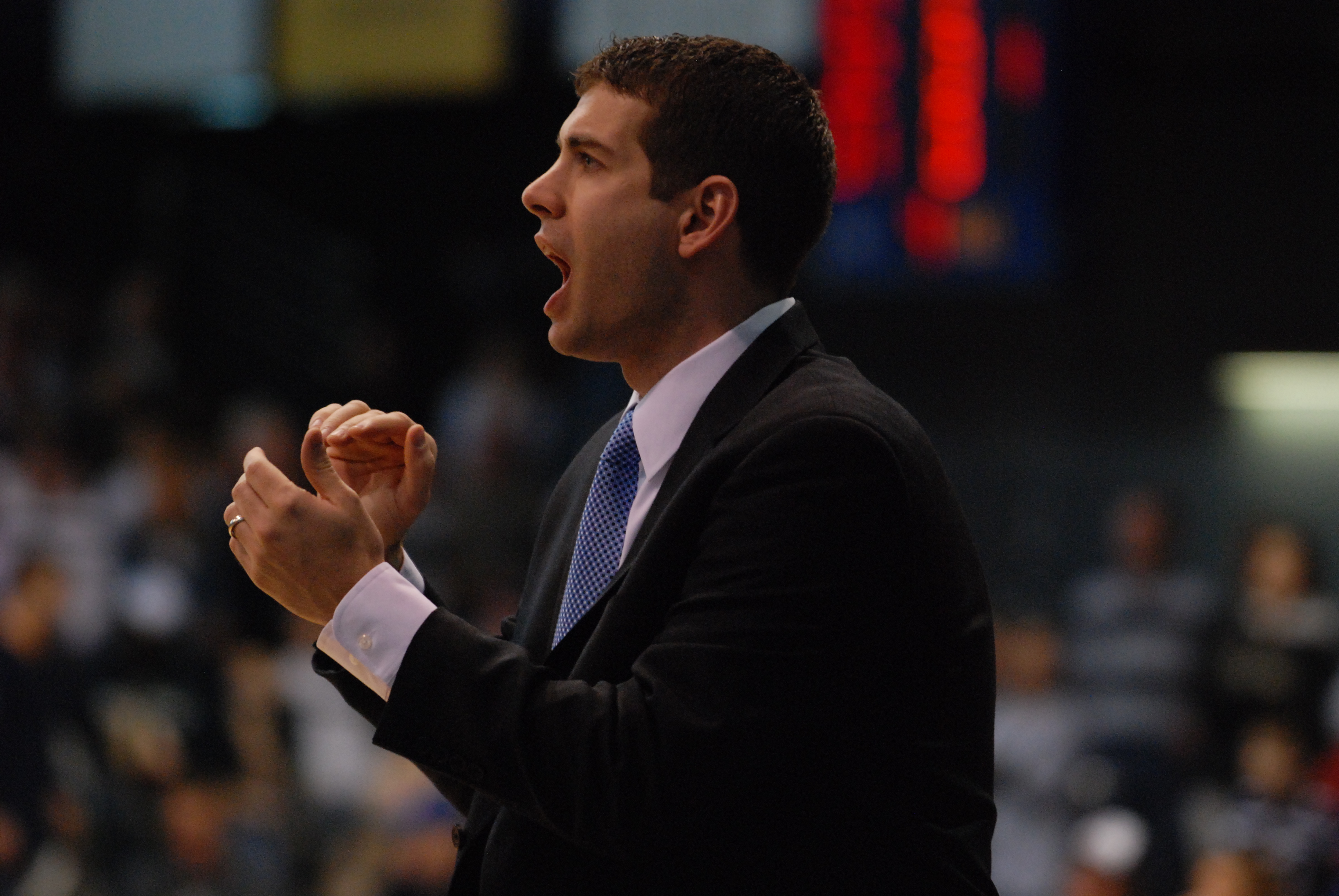 ​The Celtics are a very young and energetic team.  They play extremely hard for their coach, Brad Stevens, and will not go down easy. Boston is currently a half a game behind Brooklyn for the 8th and the final playoff spot. The Hawks are currently 2-1 against the Boston Celtics in the regular season. Stevens has tried to implement an offense similar to the one the Hawks run. He wants a lot of off the ball movement and passing. The Celtics have bought in and rank 4th in the NBA in assists. However, when it comes to this series the Celtics simply would not have enough talent or experience to challenge the Hawks. The games would be competitive, but I would have a hard time seeing the Celtics winning more than one game in a 7 game series.

​The Pacers would be a very interesting first round matchup for the Hawks. It would be a rematch of last year’s first round matchup, except this time the Hawks are the one seed.  The Pacers started the month of March with 6 straight wins and slid back into the playoff mix. Since then, the Pacers have lost 8 of 10 and fallen a game and a half behind the Nets for the 8 seed. It has been rumored that Pacers star Paul George could be returning for a possible playoff run. However, time is running out for the Pacers and they need to start winning games now if they want to even make the playoffs. The Pacers have one of the NBA’s best defenses, are well coached by Frank Vogel, and have experience in the playoffs. However, the Pacers have had trouble scoring the basketball all season and I would not expect that to change against the Hawks in the playoffs, even if Paul George were to return. The Hawks are currently 3-0 against the Pacers in the regular season and unless Paul George returns and looks like Michael Jordan, I expect the Hawks to cruise past the Pacers

What do you think Hawks fans? Comment below and tell us who you would like to see us match up against!