The Atlanta Falcons have many holes to patch to be able to contend this season in the NFL. While the Falcons have signed players in free agency, they still need players that can be developed and make an immediate impact. This will be the first of 3 mock drafts I will do leading up to the 2015 NFL Draft.

Vic Beasley’s name has swirled around in Atlanta since the 2015 NFL combine. Beasley is 6’3”, weighs 246 lbs, and ran a jaw-dropping 4.53 40-yard dash. Scouts have been salivating at the potential Beasley can bring into the NFL. He would be the ideal fit for the Falcons, as Atlanta sacked the opposing team just 22 times in the 2014 season. Some NFL experts questioned his size, but he repped 225 pounds 35 times. Beasley can be compared to athletic pass-rushers such as Von Miller, Bruce Irvin, and Aldon Smith. With Dan Quinn coaching, Atlanta could use Beasley as a hybrid pass rusher that can eventually make an impact on the team. In his senior year for Clemson, he played 13 games totaling 21.5 Tackles for Loss and 12 sacks. He had a total of 25 sacks in both his junior and senior year, while being double teamed by most teams he had to face. Beasley has stated Atlanta is his favorite team, so having a talent like that and having a player who wants to play for the Falcons is what many people want to see. 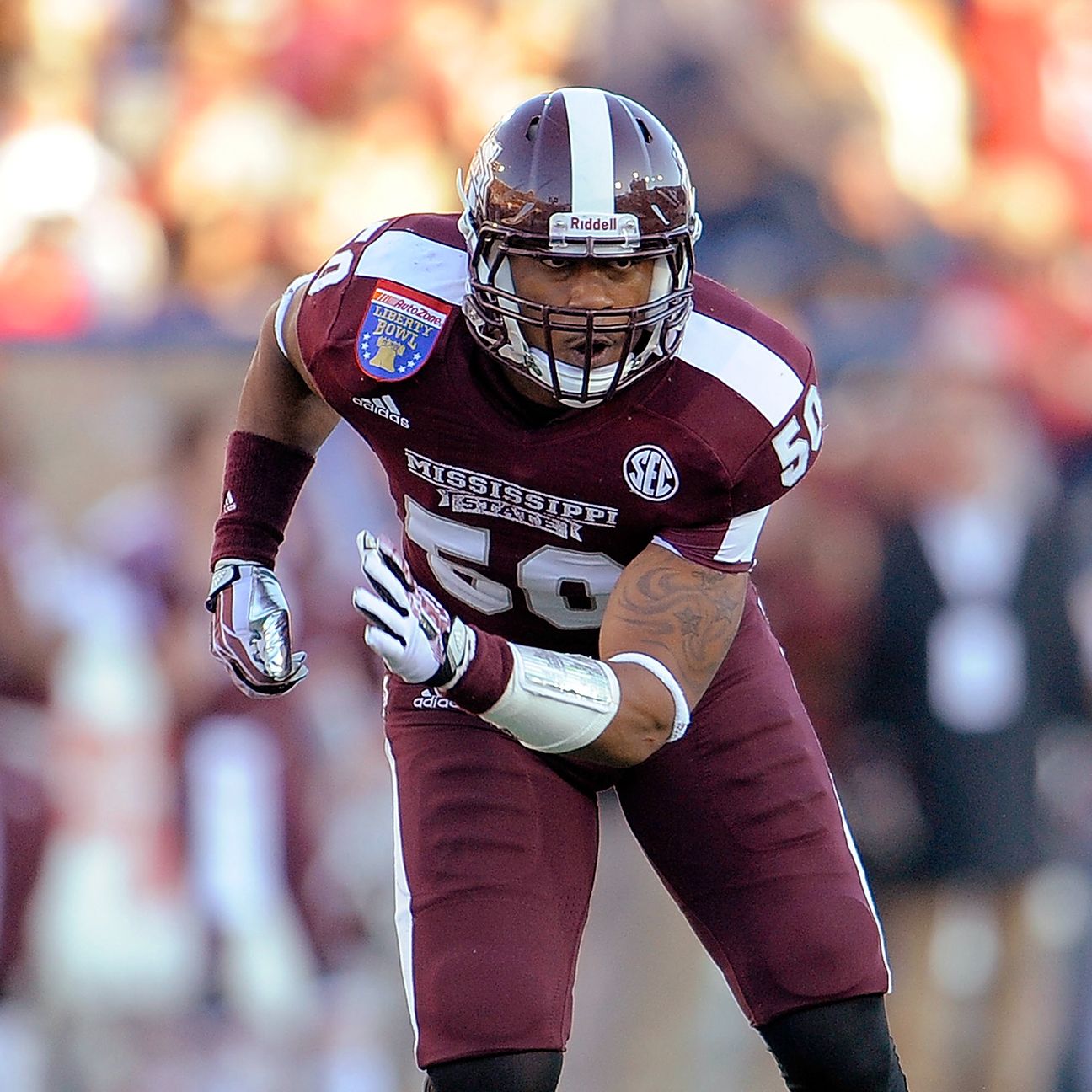 The Atlanta Falcons have serviceable linebackers that are pretty below average compared to other linebacker corps throughout the NFL. Benardrick McKinney not only is very durable and a tackling-machine, but he played in the toughest division in college football. McKinney has faced some of the best teams college football has to offer, and will likely have a smooth NFL transition. McKinney is a true inside linebacker that is quick, agile, athletic, and has brute strength. He is the type of linebacker that can put his head down and meet lineman head-on and has the football intelligence to get where he needs to be. Weighing 246 lbs, McKinney is very noticeably built and stronger than most guys at his position. He has big arms at 33” but has small hands at 9”. He played in all 39 games in his 3-year career with the Bulldogs, so durability is not to question. With McKinney, Justin Durant, and Paul Warrilow, the Falcons finally would upgrade at the inside linebacker position that has been lacking the past couple of years.

With Atlanta getting rid of former left offensive guard in Justin Blalock, the Falcons have a hole they need to patch. The Falcons have not picked up any sort of lineman who can start at that position and excel. At 6’5” and 309 pounds,  Josue Matias can step in and develop into a serviceable lineman for the team. Matias has very quick feet, understands angles, and always keeps his feet moving until he hears the whistle. If Matias can open up and use his hips more than he did in college, he could become a force at his position. Matias uses technique over strength, which is a very positive sign. I have a feeling Matias will be overlooked, so the Falcons should grab him and not look back.

David Johnson is a name that has been flying way under the radar during this draft process. Many fans will admit they do not know much about the 6’1” running back could be one of the sleepers in this draft. Johnson ran for 1553 rushing yards and totaled 17 rushing touchdowns in 2014. Johnson had over 30 catches in all four years in his college career, and he would be a mismatch for linebackers and safeties that would guard him. Johnson can change direction in the blink of an eye and his big body creates yards after contact. He reminds me of Chicago Bears running back, Matt Forte, who is known around the league for his pass catching ability. Realistically, Johnson probably will not be the starting running back in the first year or two, but he can develop into a playmaker and maybe eventually the starter the Falcons have needed since Michael Turner.

With Roddy White coming towards the end of his career, the Falcons need to start thinking about a future receiver. Chris Conley can come in and develop into a very solid receiver that the Falcons will need. Conley is a very intelligent and high character man, so having a guy like that is always a positive. Also, Conley’s combine numbers were jaw-dropping.. He ran a 4.35 second 40 yard dash, had a 45 inch vertical (one off the combine record), and jumped 11 feet 7 inches on his broad jump. He also was a very solid possession and deep threat receiver in his career at Georgia. Conley’s strengths include his deep ball threat, his ability to keep his feet in towards the sidelines, and can make adjustments to catch a difficult pass thrown towards him. If Conley is on the board, the Falcons should snatch him up and have confidence he will transition into the league.

If you ask any SEC defensive player  about Jalston Fowler, they will know exactly who you are talking about. Jalston Fowler can be described in one word, a beast. Fowler played halfback in the beginning of his career at Alabama and then he switched to fullback. Fowler can pummel linebackers, is a solid pass protector, has above-average vision, and can catch out of the backfield. He would bring an attitude that the Falcons need in order to become tougher. He would be a backup at the beginning of his career, but I feel after watching Fowler’s game film, he can become a starter in this league.

This choice is purely picking the best available player who is left on the board. Many experts believe Stefon Diggs will be undrafted or will be one of the last picks in the 2015 NFL Draft. If Diggs is on the board, Atlanta would get a talented receiver who is very explosive when he has the ball in his hands. Diggs was highly recruited out of high school but chose Maryland over schools such as Alabama and Georgia. Diggs’ draft stock would be sky high if not for injuries and inconsistent quarterback play. Maryland’s Wide Receiver coach stated, “I can tell you this, get the ball in his hands and he’s a different kind of football player.” In the last round, why not take a chance? Few pan out, but he has the talent and explosiveness to find a way in the lineup.