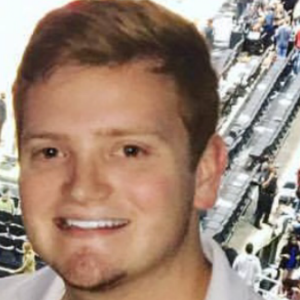 Harrison Coburn is a longtime Atlanta sports fan who was born and raised in Roswell, Georgia. He is a graduate of the University of Alabama, where he studied Finance. Ironically, it was in Tuscaloosa, Alabama, where Harrison and two of his close friends, Michael Arkin, and Chase Irle, founded SportsTalkATL.com during the Hawks' magical 60-win season. He has covered the major Atlanta sports teams ever since, primarily writing about the Braves and Hawks. He worked as an intern with 680 The Fan during the summer of 2016.

If you have never hit Braves Spring Training, I highly recommend it. The fans who have been around the block will have to get accustomed to a new facility in North Port, Florida, but the seasoned veterans know that the earlier you go, the more young and exciting players you will get to see. The

The Braves recently had a constant presence in Cooperstown once their power trio of former pitchers, as well as Chipper Jones, hit the ballot. But die-hard fans are hoping for more, especially after the heartbreaking snubs of Fred McGriff and Dale Murphy. Unfortunately, in a tiny 2020 Hall of Fame class, no former Brave even

Last season, the Braves’ outfield was a rollercoaster, with the only ounce of consistency coming from Ronald Acuna Jr. Ender Inciarte had his share of struggles, and he and Nick Markakis both suffered from the injury bug. Austin Riley went on a ridiculous hot streak when he got called up, but then seemingly forgot how

Braves: Billy Wagner should be a Hall of Famer

We have written numerous times on how Andruw Jones is a Hall of Fame snub, penalized by recency bias. If Omar Vizquel gets into the hall, it will be criminal if Andruw never does. But he is not the only former Brave who deserves more love in the voting. Billy Wagner only spent one season

Cam Reddish could not have been drafted into a better opportunity. A raw prospect with all the potential in the world, he joined a team that was willing to invest a plethora of minutes right away. Now, we are finally started to see the dividends from that experiment, something that may have taken a lot

The Braves have brought in a veteran to push Sean Newcomb for the fifth starter spot. A guy we thought could be an option earlier this offseason, the Braves have acquired longtime Mariner Felix Hernandez on a minor league pact worth around $1 million: King Felix Hernandez signs NRI deal with Braves. $1,000,000. Will try

Falcons: Time for fresh legs at running back

Devonta Freeman’s future with the Falcons is up in the air. He has a couple of years left on his deal but has not been able to play a full season since 2016. Freeman still has talent, and since the cap savings would not be significant unless he is a post-June-1 cut, there is a

Report: Execs believe Hawks could be a summer destination for Montrezl Harrell

Though Kawhi Leonard and Paul George are the talk of the Los Angeles Clippers, big man Montrezl Harrell has been an essential part of the team’s success. He had a breakout 2018-19 season and has built on that even further this year. Harrell is a gritty big man who has worked hard and gotten better

Report: Many believe Hawks’ interest in Drummond was ownership driven

We all know that rebuilding in the NBA is a process. Atlanta fans have been very patient, and though they have not seen the wins rack up quite yet, they have their first true superstar since Dominique Wilkins in Trae Young, and a young core for him to build around. However, according to Chris Haynes

With Sean Newcomb potentially headed to the rotation, outside of Will Smith, who will likely assume the closer role sooner rather than later, the Braves have a shortage of proven lefties. Grant Dayton has shown promise and could be primed for a bigger role, and perhaps A.J. Minter can turn things around after a forgetful