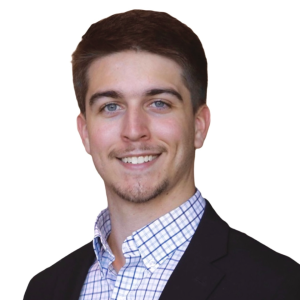 Born and raised in Newnan, Georgia. Passionate fan and writer about Atlanta sports. Can be contacted at [email protected]

Miguel Almiron is your MLS Player of the Week

After a hat-trick against the Houston Dynamo, Miguel Almiron has been voted MLS Player of the Week for week 12. The POTW award is selected by journalists from the National Association of Soccer Reporters. Miguel opened the scoring for Atlanta against Houston on Saturday night with a goal in the 30th minute that is up

A night that seemed doomed by rain ended up being probably the best time you could’ve had at an Atlanta United game. So many great things happened for the team and for the fans, but one thing before the game stood out. Chinau Hawk took the field to sing the national anthem, but when his

Miguel Almiron, or “Migoal Almiron” is proving to be quite the player for the Five Stripes. The 23 year old Paraguayan got off to a hot start for the expansion side, scoring two goals in snowy Minnesota during the team’s second ever match. After not finding the net for eight matches following his two goal

Last night, Andrew Carleton made his MLS debut in front of 44,893 fans that almost seemed equally as excited as the 16-year old phenom. When Atlanta lost two straight to DC United and NYCFC, many fans expressed their desire to see the Powder Springs native listed on the 18. His debut has been highly anticipated

Rain Delays? No problem! After a one hour wait due to inclement weather, Atlanta kicked off vs Houston in what ended up being an exciting 90 minutes for Atlanta United fans. Almost a month went by without earning 3 points, and analysts and fans were beginning to wonder if they’d ever see the team perform

Atlanta United vs Houston Dynamo: What you need to know

When everything seemed to be going wrong for Atlanta United, a hard earned point at Portland last week sparked a new hope in the hearts of the United faithful. This week, the Five Stripes are heading back home with their sights set on picking up their first win since a 3-1 victory at Real Salt Lake

Josef Martinez to sit vs Houston

After a seventh straight match without their leading scorer, many Atlanta United fans were hopeful to see Josef Martinez return right in time for two straight home games. The 23-year-old striker hasn’t seen the pitch since he suffered a left quad injury while playing in a world cup qualifying match for Venezuela. On Thursday, Sam

Devonta Freeman wants to be “disrespectful” this season

Get excited, Falcons fans. Devonta Freeman is going to be better than ever this season. After establishing himself as the engine of the Falcons rushing attack last season, Devonta Freeman has set a goal to be more disrespectful in 2017. Freeman is the type of player to let his game do the talking. He is the

Many Falcons fans were expecting the team to pick up an interior linemen during the draft, but after no signing or pick was made, now seems like the perfect time. After drafting Forrest Lamp and Dan Feeney in the 2017 NFL Draft,  the Chargers were expected to make some cuts on their offensive line. On