With around just a week until Opening Day, the Braves have a lot of decisions to make in regards to the final 25-Man Roster. Let’s take a look at some minor moves that will indicate how the roster is going to shape out.

This past week, the Braves assigned these four players to AAA Gwinnett to start the season, meaning they will not be starting the season on the 25-Man Roster. All four of these players were acquired this past offseason, and I’m actually surprised to see that Vizcaino and Perez in particular did not make the cut. I saw Vizcaino as a lock in the bullpen, but the Braves are taking it slow in bringing Vizcaino up into the big league pen. Vizcaino did have a rough Spring Training and has had his fair share of injury concerns. I think he will likely be called up later in the season. He is ranked as my 9th prospect in the Braves organization. Almonte simply did not play well enough to make the cut. His situation is different than the others here, as he was actually released outright, but no other team claimed him so he was assigned to AAA Gwinnett. He no longer holds a spot on the Braves’ 40-Man Roster. Perez actually had a decent Spring, but the Braves likely have Todd Cunningham in their plans to back up the CF position until Melvin Upton Jr. returns. Nevertheless, Perez is quality organizational depth and has NL East experience from his time with the Nationals. There were whispers of Manny Banuelos possibly beginning the season occupying a long relief role in Atlanta’s bullpen, but I think the organization made the right move keeping him in AAA and letting him start games. Banuelos has had injury concerns and is a valuable piece, so I think letting him pitch in AAA and letting him pitch every fifth day is the right move for the franchise and the kid’s future. I have Banuelos ranked as my 4th prospect in the Braves organization.

Braves Acquire Sean Furney from the Diamondbacks for Cash

The Braves acquired RHP Sean Furney from the Diamondbacks for cash considerations. Furney, 23, had a 4.23 ERA in 23 minor league starts last season (22 were in A ball). Furney will likely begin the season with AA Mississippi. 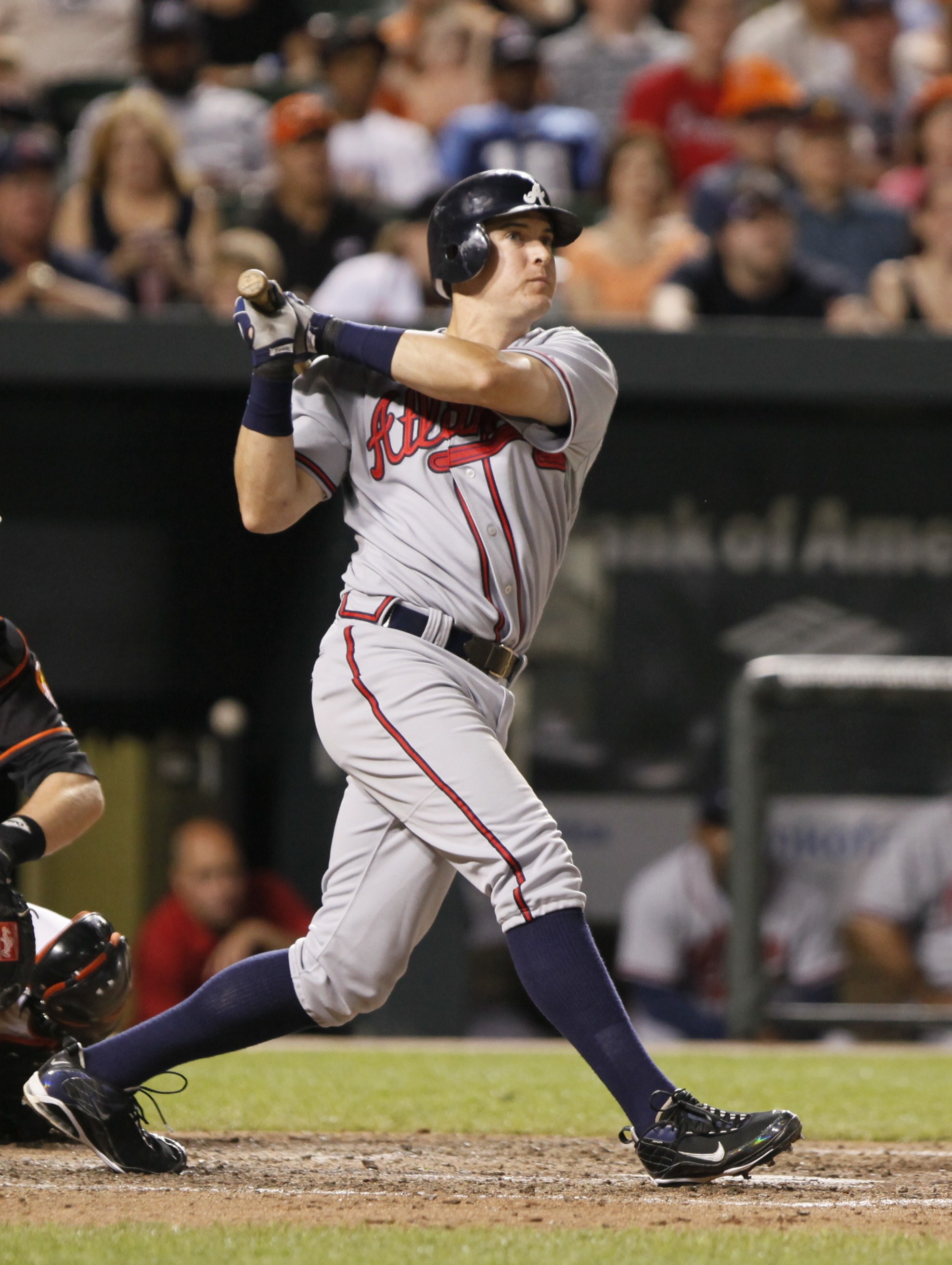 Kelly Johnson, who was signed to a minor league deal this offseason, has had his contract purchased by Atlanta, therefore entitling him to a spot on the 25-man Roster. I predicted Johnson would make the team due to his ability to play both infield and outfield positions, the pop in his bat, and his big league experience. It will be entertaining to see one of the Baby Braves start his second stint with the team that brought him up. Johnson had a hot spring and is only a couple seasons removed from hitting 16 home runs. He will likely split time in left with Jonny Gomes, but expect to see him all around the diamond.

Reports have indicated that LHP Josh Outman is having shoulder pain, and he is lined up to see specialists all week. With the loss of LHPs James Russell and Chasen Shreve, this left Luis Avilan as the lone healthy lefty in the Braves bullpen. The Braves responded by claiming LHP Andrew McKirahan off waivers from the Marlins. The Marlins selected McKirahan in this year’s Rule 5 Draft when he was left unprotected by the Cubs, but they waived him a few days ago. If McKirahan fails to make the Braves 25-man Roster, he must be returned to the Cubs for $50,000. The good news is this kid’s statistics. The lefty has a 2.16 ERA in 89 career minor league appearances, reaching as high as AA. He has a 3.00 ERA this Spring. If he can continue this success at the major league level, McKirahan could be a steal, especially considering the situation at hand.  McKirahan must stay on the 25-Man all season to ensure he remains Braves’ property.