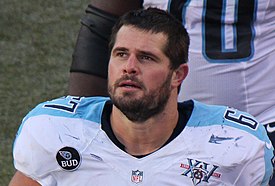 When the Falcons acquired Levitre, they also acquired a whale of a contract. The left guard was signed for 6 years, $46.8 million dollars by the Titans in 2013. After two seasons, Levitre looked to be on the brink of being cut by the team. Atlanta made a deal to acquire the left guard,  but there was no news of the contract being restructured.

The number may not seem like a huge reduction is salary, but it was the way the contract was restructured that makes it extremely favorable for Atlanta. Levitre agreed to a $5.5 million dollar signing bonus and a guaranteed $1.5 million dollar base salary for this season, but none of the money after this year is guaranteed.

Levitre was not the same player in Tennessee that he was in Buffalo, but has started in all of his 96 career games. He should be a nice piece to the Falcons lackluster offensive line and will be starting at left guard.