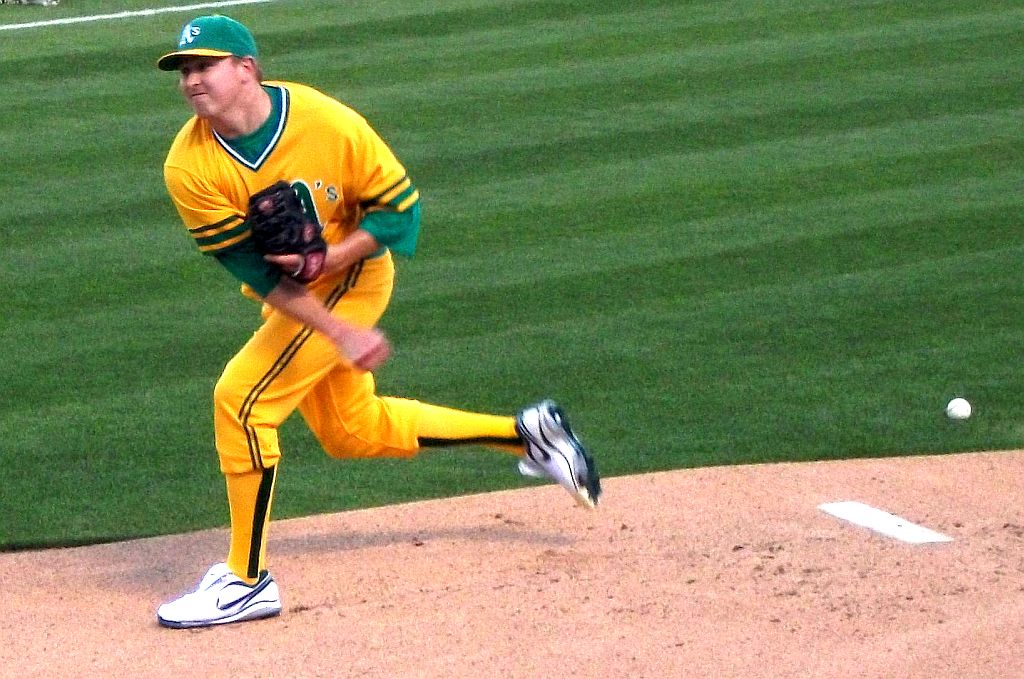 Trevor Cahill made his first start for the Braves last week against the Miami Marlins. For Cahill, it was a start he would like to forget. Coming off a dreadful 2014 season with the Arizona Diamondbacks in which he was 3-12 with a 5.61 ERA, Cahill allowed 4 earned runs in just 2.1 innings pitched in his Braves debut. Quite frankly, the numbers actually might be kind considering the way he pitched. Cahill had zero control on his pitches. When he did throw strikes, they were up in the zone. The Marlins feasted and hit lasers all over the field. He also walked three batters and hit one with a pitch. Cahill looks to rebound against a red hot New York Mets team that has won 8 games in a row. Braves fans should keep an eye on this matchup because if Cahill fails to pitch well enough, the Braves could look to make a change. Cody Martin could be a possible replacement as the 5th starter. The Braves recently acquired Cahill and are going to give him a handful of chances, but he cannot afford another horrid outing.

Juan Lagares has been one of the many bright spots for the Mets so far this season. After a bit of a slow start, Lagares has gotten red hot over the last 7 games. Lagares is currently riding a 7-game hitting streak in which he has hit .391. Lagares has also been making spectacular plays in the field, once again proving that he one of the best defensive center fielders in the MLB. This kid is a talent on the field and at the plate and could play a huge role in the series. The 2014 Gold Glove winner is definitely one to keep an eye on.

Nick Markakis is one of the many new members of the Braves this season. Signed in the offseason to a 4 year/$45 million dollar deal, he has been assigned to replace the production of former hometown favorite Jason Heyward.  So far this season, Markakis has been well worth the money. He is currently 5th in the National League in batting average at .375 and has been red hot lately. In his last five games, Markakis is hitting .643 and has an on-base percentage of .722. He will look to continue his hot hitting against a Mets pitching staff that has a team ERA of 3.00 and WHIP of 1.08.

Eric Young Jr. has not really gotten off to an ideal start as an Atlanta Brave, but it is still very early in the year. In this series, Young Jr. returns to his old stomping grounds at Citi Field. Young hit .229 and stole 30 bases in 100 games for the Mets last season and is likely to see starts this series as he knows the ins and outs of his former club. EY Jr. received two starts when the Mets came to the Ted, but went only 1-for-9 (his only hit being an RBI triple). Young and Maybin have both struggled mightily in Center, but maybe some familiarity can get Young Jr. rolling.

David Wright was sent to the Disabled List last week, but despite this the Mets have not missed a step, as evidenced by their record. Eric Campbell has stepped in and helped relieve the absence of Wright. Campbell is now in his second season as a major leaguer. He appeared in 85 games with the Mets last season, but began this season with AAA Las Vegas. He was 11-for-20 in AAA, and was called up immediately following Wright’s injury. So far, Campbell has hit 4-for-16 in Wright’s absence with 3 RBIs. If he has a tough time with the Braves’ starting pitching, having him in the lineup instead of Wright could be a huge blow to the Mets.