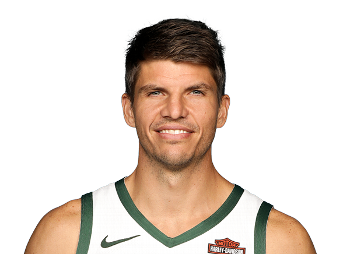 The one man who seemingly determines how good the Hawks can be is Kyle Korver. Ever since becoming a starter for the Hawks, Korver has proven to be one of the best shooters on the planet, making teams game plan around the three-point specialist. Korver put on one of the most spectacular 82-game shooting performances two seasons ago. He was oh-so-close to shooting the unprecedented 50-50-90 over the entire season and was such a threat from deep that it opened up the floor for the rest of the Hawks offense. He became the Hawks x-factor. When Korver was shooting well, Atlanta became nearly impossible to defeat. The result was a franchise-record 60-win season, the East’s number one overall seed and the franchise’s first ever trip to the Eastern Conference Finals.

The story was not the same last season. Korver was coming off offseason surgery on his ankle that he injured in the Eastern Conference Finals. He could not even walk for the majority of the offseason. It resulted in a much less efficient Korver. He failed to shoot 40 percent from three-point range for the first time since 2008 and his overall scoring total of 11.1 points per game was the lowest of his career. As Korver declined, so did the Hawks. Atlanta managed to only win 48 games last season, good for fourth in the Eastern Conference.

Many people are already looking at the future of the shooting guard position for the Hawks. There currently is no sure answer. Ideally, Atlanta would like to put newly drafted Taurean Prince out on the wing with Bazemore, but Prince is certainly not ready to be a starter in the NBA yet. The answer is still Korver for now. Even in a down year last season, Korver finished 17th in the NBA in plus-minus. His shooting threat makes everything easier for the other Hawks on the floor. The space he provides this offense, even when shooting poorly, is shown in that ranking. In 2014, Korver ranked 6th in the NBA in plus-minus. He may not be the best scorer for Atlanta but he might just be the team’s most important player.

At 35, Korver is coming to the tail end of his career. A good argument could be made that these numbers are more of a sign of him slowing down due to age, and that he will likely see a decrease in those numbers again this season. However, I am not ready to go there yet. Korver does not live off his athleticism. He has never been a player that can beat you with speed or quickness. He has made a living off being an absolute sniper from deep. His shooting stroke is still a thing of beauty, and age is not going to change that. The likes of Prince, DeAndre Bembry and Tim Hardaway Jr. may be chomping at the bit for the opportunity to start, but for good reason, the job is still safe with Kyle Korver.