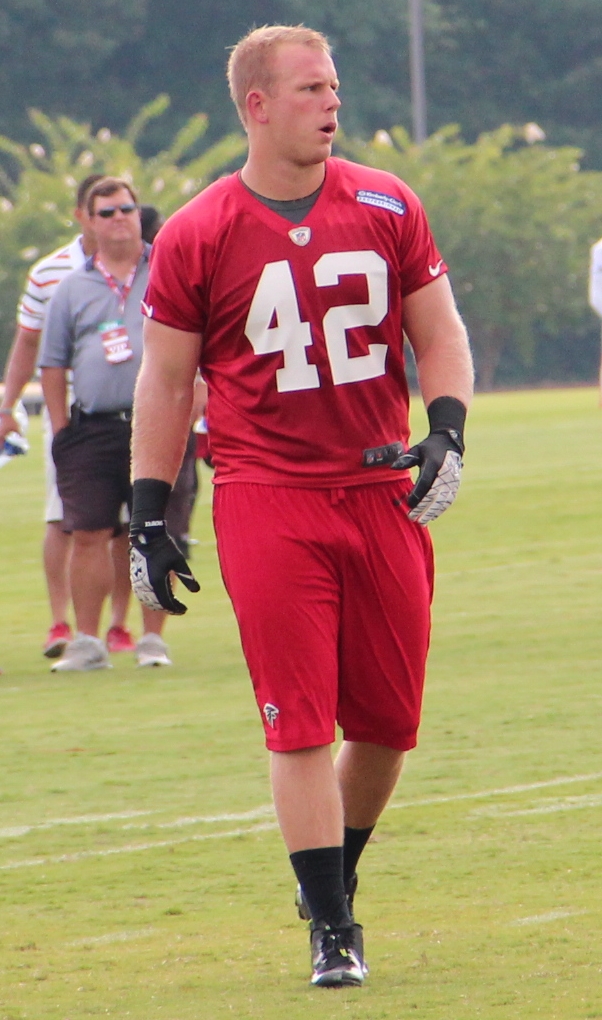 The Falcons have elevated themselves to a new level, and they currently sit undefeated at 5-0. Dan Quinn and Kyle Shanahan have helped this team make huge strides and have transformed them from a lower tier team to Super Bowl contenders seemingly overnight.

A huge difference between this season and last season is the emergence of Atlanta’s running game. The explosiveness of Devonta Freeman as well as the implementation of the zone blocking scheme has made Atlanta’s running game one of the best in the league. However, there is one guy who is not getting nearly enough credit for his performance this season.

That man is fullback Patrick Dimarco.

There’s no doubt that the fullback is a dying breed in today’s football. Only 17 teams have had their fullbacks play over 50 snaps thus far, and many of these “fullbacks” are actually hybrid backs who perform some fullback duties as well as tight end duties.

Dimarco went unselected out of South Carolina in 2011 NFL Draft, and was signed by the Chargers as an undrafted free agent. He went on to sign with the Chiefs, where he started in four games. He signed with Atlanta in 2013. He had a nice season that year, rating out as a top 10 fullback. However, last season was a different story. He struggled mightily, but a lot of that can be attributed to a poor fit on offense as well as receiving little help from his offensive line.

Changes have been made, and Dimarco has surely benefitted. He has played the most snaps of any fullback in the NFL through 5 weeks of play. The 26-year old is yet to record a single rush, but that’s not what Kyle Shanahan wants out of his fullback. Dimarco is out there to block, and he has been by far the best blocking fullback in the NFL this season. Advanced statistics show that it’s not even close.

Dimarco has an overall 8.2 rating from Pro Football Focus. For reference, Tennessee’s Jalston Fowler comes in at second with a rating of just 3.5. That puts Dimarco in his own company at the position. That’s pretty good considering many Falcons fans were not sure whether he would even be able to beat out Collin Mooney for the starting job just a few months ago. His physicality and blocking ability have really shined as Dan Quinn has tried to implement an aggressive mindset into not only his defense, but his offense as well.

Considering he is simply a fullback and only plays a quarter to half of the snaps depending on game flow, Dimarco will likely never be a household name and is seemingly flying under the radar. However, if he can sustain this type of success, it gives the Falcons a huge edge when they need additional protection for Matt Ryan and Devonta Freeman. His blocking helps both the running  and passing game. The Falcons have truly improved in every facet of the game, and Dimarco has done his part while putting together a career year.

Next time you see Devonta Freeman break off a huge run, look for Dimarco. There’s a good chance he just unleashed a bone-crushing block to make a lane for the new star running back.