The turnover continues in Atlanta. The Braves are second in the league in transactions and seemingly have new faces going through the door every week. The cycle likely will not end this offseason, when many are coming off the books. I predict that John Hart will remain aggressive in making moves to restructure this roster. Here are a few guys who I think are unlikely to be back with the team in 2016:

Pedro Ciriaco has done a nice job of offering the Braves a contact bat with versatility off the bench. He is hitting .263 on the season with 15 RBI in 118 at bats. What is truly remarkable is that he is yet to take a walk this season. Ciriaco has been serviceable but I think Daniel Castro will take his bench role next season. He has done a great job of filling in for Andrelton Simmons a few times this season, and has shown some promise in the minors. The Braves see him as a future big leaguer, and next year is when I think he will get his shot. Long story short, see ya Ciriaco.

Jonny Gomes has actually gotten hot over the past series. This means he may not even be a Brave by September’s end. The way Gomes is heating up here at the end of the season, I think a young team looking to make a playoff run may give this clubhouse guy a chance. He could be a great pinch hit option as well. Gomes has a vesting option for next season, as he will be guaranteed $3 million next season if he exceeds 325 at bats. He can hit further incentives with more plate appearances, but this is nearly impossible to do this late into the season. Gomes stands at 223 at bats on the year, and I think its unlikely he is in a Braves uniform next year. Sure, leadership is important, but Gomes has not produced this season, plain and simple. I was all on board with the signing, but Jonny is the type of guy who needs to be contributing to a winning team. 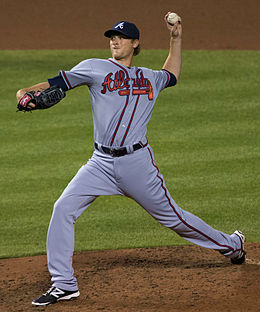 Ross Detwiler was brought on board this season after an abysmal performance for the Texas Rangers. Desperate for relief help, the Braves gave the lefty a chance. Detwiler has been effective against lefties, as they have hit just .200  off him this season. However, right-handers have hit .395 off him this season. Yea, that’s not pretty. Detwiler may be nothing more than a LOOGY at this point in his career, and that’s fine. another team will give him a shot in 2016, it just won’t be the Braves. They will have youngsters Paco Rodriguez and Andrew McKirahan occupying the two lefty spots in the bullpen. 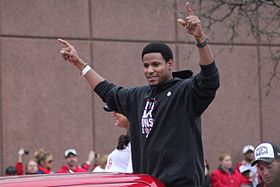 Edwin Jackson’s story is actually pretty similar to Ross Detwiler’s. He’s a former starter who has failed to maintain his success that he had earlier in his career. Things did not work out for Jackson and the Cubs, and they released him a couple weeks ago. The Braves picked him up to work out of their bullpen, He’s given up 4 earned runs in 6 outings for the Braves, and while the sample size is small, he’s nothing more than a temporary option for a faltering bullpen. He will have a new home in 2015.

Sugar Ray Marimon may win the award for coolest name on the team, but those are the only accolades he will be getting anytime soon. He’s one of those AAAA guys: he’s fine against AAA competition but can’t make it over the hump and be effective against major league hitting. Marimon is the cousin of Julio Teheran, so maybe the team will keep him around as organizational depth. They probably should, as he has been good for AAA Gwinnett. He just will not be cracking the big league roster (knock on wood).