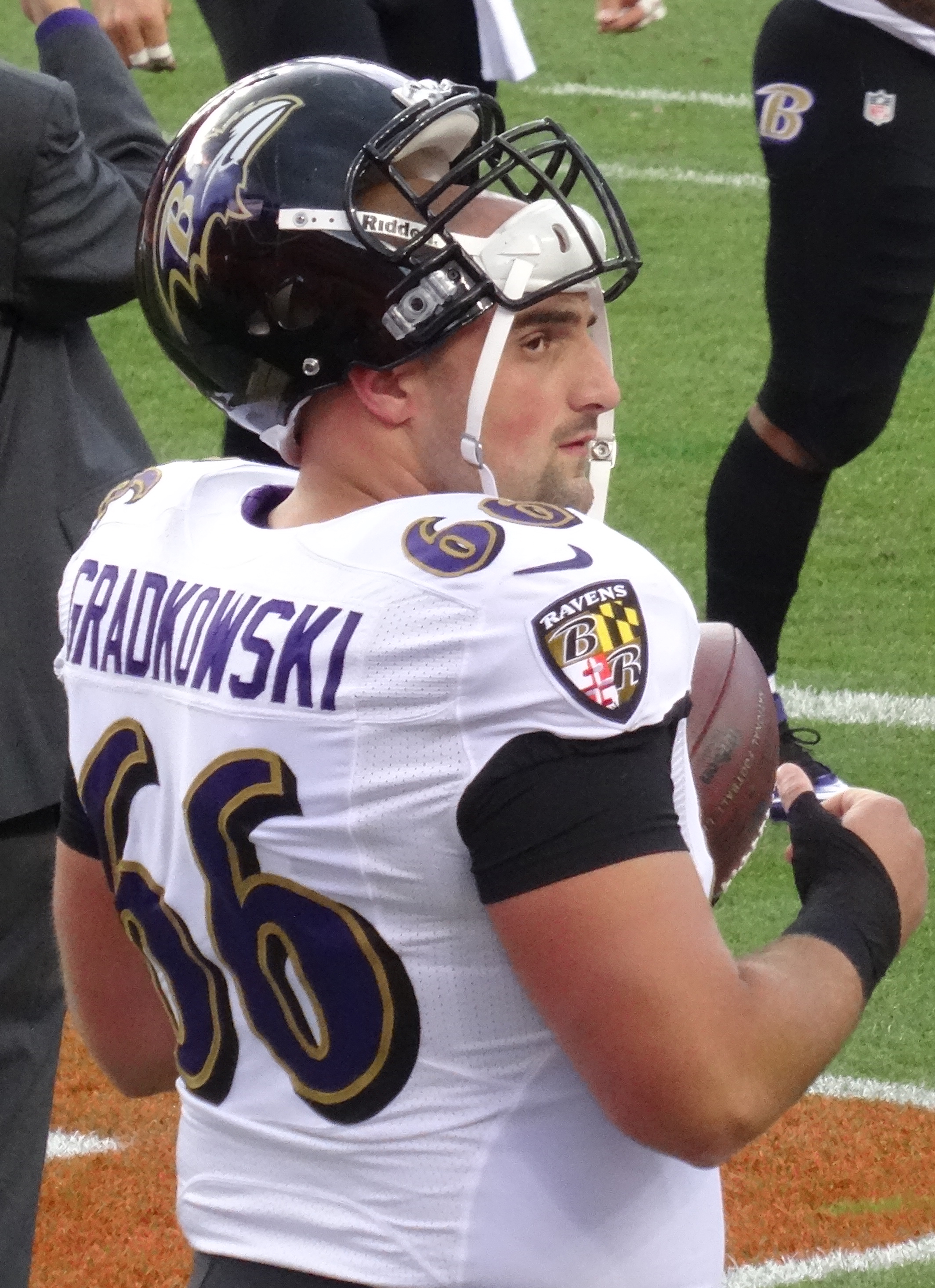 Earlier in the day, it was announced that the Falcons had claimed Gino Gradkowski off waivers from the Denver Broncos. This came as no surprise, as injuries concerns at the center position have piled up in recent years. What was surprising, however, was that staring center Joe Hawley was cut by the team. Hawley was only able to play in 4 games last season due to injury. Hawley has not performed well in 79 preseason snaps, and things are only going to get worse against starting defensive lines.The Zone Blocking Scheme that Kyle Shanahan has implemented requires the lineman to be more athletic and mobile. Gino Gradkowski was used in the ZBS last season in Baltimore under Gary Kubiak, and followed him to Denver when he was traded for a late draft pick. Many Ravens fans were surprised he warranted a pick.

Gradkowski was named the Ravens’ starting center in 2013. He attempted to fill the big shoes that Matt Birk left after retiring a Super Bowl Champion. However, he struggled mightily. The offensive line play was horrific. Joe Flacco threw more interceptions than touchdowns, Ray Rice only averaged 3.1 yards per carry, and the team missed the playoffs for the first time under John Harbaugh. Jeremy Zuttah, a rather pedestrian center, replaced Gradkowski last year and the line was one of the best in the league, second to only the Dallas Cowboys. Their 2013 performance can be attributed to some nagging injuries, but there is no denying that Gradkowski was the root of most of the line’s problems. Given this was not when he was playing under the ZBS, but Gradkowski proved he was not a starting caliber player. It’s unclear whether Gradkowski, James Stone or Mike Person will start at center, but if it’s Gradkowski, it won’t be pretty.