Though big names such as Edwin Encarnacion and Jose Bautista are still on the market, it is getting relatively late in the free agency process and many players have found their new homes. The Braves do still have a few needs to be addressed, and there are guys available that can make them more competitive in 2017, which will by far be the most talented team during the rebuild era in Atlanta. Let’s take a look at a few guys the Braves should take a look at to put the best product possible on the field next season without jeopardizing their future.

The most obvious name on this list is Matt Wieters. The Braves need to stop screwing around and sign this guy. The Georgia Tech product may not be the superstar many thought he would be when he was hyped up coming into the league, but he is a damn good catcher. It is nearly impossible to find 20-homer power from a backstop these days. This is a guy who was an All-Star last season and has local ties to the area. Not to mention injuries have his value at an all-time low. The Braves may stay away from him because apparently they believe in pitch framing. I think they should just teach their pitchers how to hit targets. I don’t think it will be too hard to frame the likes of Bartolo Colon and R.A. Dickey’s velocity. At the end of the day, a full season of Tyler Flowers just is not going to cut it. My grandmother could have stolen a base on Tyler Flowers. He had a decent year with the stick, but it looks to be an outlier. Wieters adds some serious firepower to this lineup and is just simply a better player.

The Braves have had rumored interest in Holland in the past. They could be the perfect team to give him a shot after recovering from Tommy John Surgery. The 31-year old is not too far removed from being one of the most dominant closers in the game. It also does not hurt that he is from Marion, NC, which is Braves Country. A one year deal with incentives and perhaps a team option as well would be a nice pact for both sides. 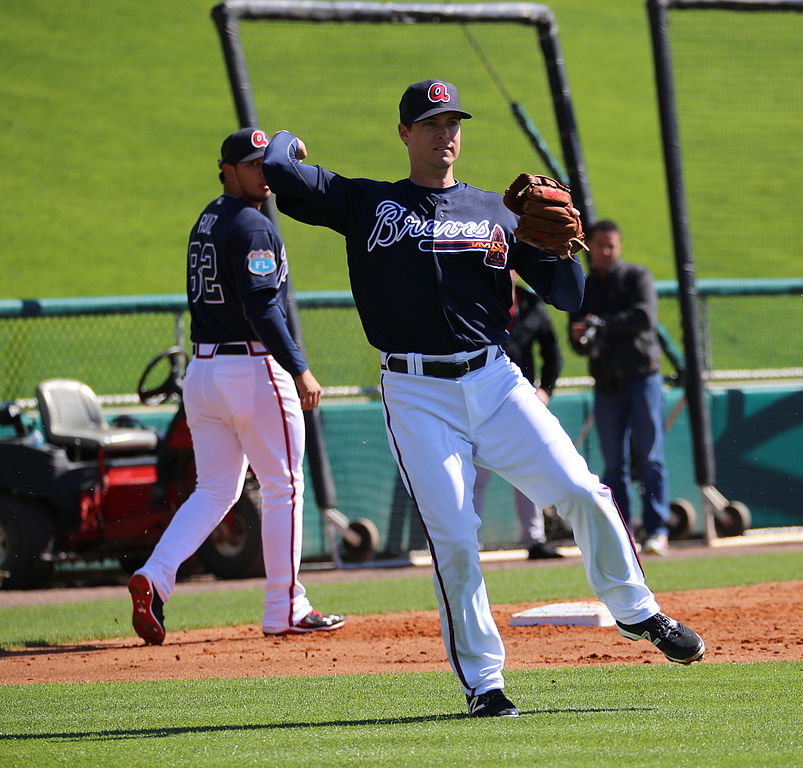 Again? I know. Yes, the Braves have a crowded outfield. However, there is a solid chance they keep Mallex Smith in AAA so he can play every day. If this is the case, the Braves will need a backup outfield option. While KJ does not have the range to play centerfield by any means, they have guys like Jace Peterson and Sean Rodriguez who can shuffle around. Johnson would be a great depth piece… if he does not hold a grudge against the team for trading him twice. It looks like something could be in the works:

I've stayed in touch with Kelly throughout the off-season & spoke to him earlier this week. Terrific talent, better person, can help us. https://t.co/SLLlzldR34