The Hawks have had great success in the second round since Coach Bud took over as head coach. Mike Scott is a valuable role player for the team. Mike Muscala, Walter Tavares and Lamar Patterson will and have seen their roles increase year by year. This year’s first round appears to be very top heavy, but there is a ton of undervalued talent in the second round. This year the Hawks have the 44th and 54th picks in the second round. If they stray away from going the internation draft and stash route, the following are guys the team should seriously consider when they are on the clock. 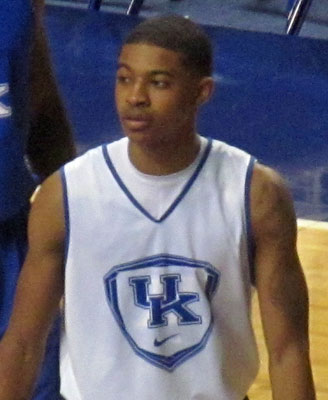 If Ulis is on the clock, the Hawks have got to take him here. Heck, I’d move both picks if it meant getting the Kentucky point guard. The reality is that there is a good chance Jeff Teague is moved this offseason with the emergence of backup Dennis Schroder. Ulis can step in immediately and help this team as the new backup. Many scouts have slept on Ulis because of his size. He was quoted as saying, “I feel like if I was 6-1, 6-2 I’d be No. 1 or No. 2,” Ulis said. “But I’m not 6-1, 6-2. I’m 5-9. I got what I have, I love it, I feel like I’ve worked for what I got. I’m just going to keep playing.” John Calipari has deemed Ulis “the bets floor general I’ve ever coached.” This makes him a great option for the Hawks, along with the fact he can stroke the ball from outside. Playing in a system with such great ball movement, getting open looks for Ulis should not be a problem despite his size. I would even take him at 21 if he is still there.

Cousins is another backup point guard option for the Hawks. He offers some versatility as he played both guard positions at Oklahoma. Not really a shot creater by any means, but he shot over 40% from three last year. Sounds like a prototypical Hawk to me. Good size gives him advantage at his position defensively and on the boards.

One of the most versatile players in the draft, but just an average shooter. Not his dad, but has a great defensive skillset. Could be another backup point guard option given the fact that Coach Bud is a defense-first coach. Averaged 7.8 rebounds and 2.5 steals per game.

Selden really improved his game at Kansas this past season. He has the ideal physical tools of an NBA player but has proven to be a late bloomer. Selden has potential to help an NBA team but he appears to be a project.

Next on the list is Selden’s teammate Perry Ellis. Seemed like this dude was just never going to graduate. He is very similar to Mike Scott. Could be a great role player who can stretch the offense.