Al Horford has been the face of the Atlanta Hawks franchise ever since he was drafted nearly a decade ago. Now, with his free agency impending following this season, the team’s fans may have to face the reality that Al may decide to walk. We saw it last offseason when Lamarcus Aldridge, a player of similar caliber and importance to his respective city, left Portland for greener pastures in San Antonio. If Al does not think the Hawks can compete for a championship within the duration of his next contract, he may look to suit up in another uniform come 2016-17. He surely has waited it out with the franchise, but wanting to wait out contract talks until after this season should be worrisome for fans.

It’s not like he’s not thinking about it. He’s made two agent changes in three months. Al has played out of position in Atlanta for years, and though he has done huge things for this city, there’s a decent chance he walks.

Luckily for the Hawks, they will have options if that’s what he does, or if the team simply looks to go in another direction. It is no secret that the Hawks’ Achilles heel is rebounding, and the reality is that Russell Westbrook averages nearly as many rebounds per game as Horford does. The Hawks may be best served looking for more of a rim protector. Paul Millsap has been our best player this season, so moving him to Power Forward is certainly out of the question.

So who are the team’s options? 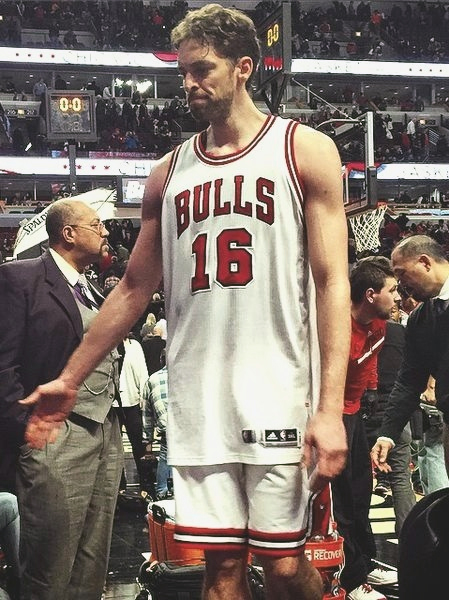 Gasol is no spring chicken at 35, but he may perhaps be the best fit for the Hawks. He can offer the same type of spacing as Horford, except with a much better inside game. He is averaging nearly 3 more rebounds per game than Horford, and has outplayed him this season. Gasol was an All-Star last season and will be one once again this season. He is currently one of the best bargains in the league, being paid just over $7 million annually, so it’s likely he declines his player option this offseason. The team made a push for him two offseasons ago, so they will likely once again be interest.

The diva himself. Fans don’t want a piece of Howard because he’s considered a “clubhouse cancer” around the league. How much of this is blown up by the media, I do not know. What I do know is that his rebounding and defensive ability make the Hawks a much better team, and Howard has always played his best basketball under good coaches. Stan Van Gundy is a good coach, and it’s no coincidence that he was Dwight’s coach for his only NBA Finals appearance. We all remember the whole Dwight Howard-Chris Paul pipe dream from a few years ago, so the team may still have interest.

Whiteside is one of the most fun big men to watch in the league. He came totally out of nowhere last season for the Miami Heat, and has become one of the best rim protectors in the NBA. He plays a very efficient game, and has become a walking double-double for the Heat. At 26 years old, he may be the best option for the hawks long-term, and would most definitely fill their biggest hole. Whiteside is good for 20 rebounds on any given night.

The Hawks have a nice backfall option in case the team decides to use the salary cap uptick to fill another position. Splitter has started for the Spurs for stretches, and could step in if the team decides to sign a star shooting guard or small forward this offseason.