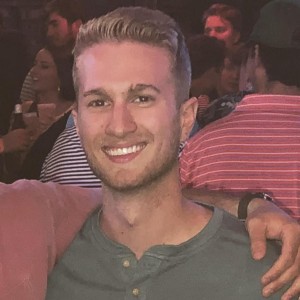 There’s a ton of stuff in the works, but this is what is really getting under my skin. The owners are reneging on the original deal when the players already agreed to a cut. The players are the ones in the spotlight, and it’s evident the owners are attempting to make them out as the

Report: Braves could pursue Stroman in the offseason

According to Jim Bowden of CBS Sports – Marcus Stroman and the Mets’ marriage may be over before a full 162 game season. Bowden says that Stroman staying with the Mets is “unlikely” and says that the Braves, White Sox, and Angels are all going to be contenders for his services. All 3 of these

Report: Broncos tried to trade up for Hennessy

Even after the Falcons took A.J. Terrell in the first round of the NFL draft, Brandon Carr, who we’ve talked about several times on this site, just makes way too much sense. The former Raven is as steady as they come. He isn’t an elite corner, and never has been — shown by the fact

Day 3 Prospects to watch for the Falcons

With the 47th pick, Atlanta selects a defensive lineman I thought was supremely underrated coming into this draft. Being paired next to Derrick Brown, Davidson was understandably overlooked. Now he’ll be playing with another star — Grady Jarrett. Harrison had some good things to say about the Auburn product in his draft profile: “Going back

Falcons: What 3 potential trades down in the draft could look like

After exciting everyone with some potential moves up the draft board, trading down still feels like the much wiser decision. Atlanta could leverage some extra draft capital to better address the multiple deficiencies on their roster. Unlike the last article where I mentioned specific players to move up for, this will be aimed at position

Falcons: What 3 trades into the Top 10 could look like

There’s been a lot of smoke involving the Falcons making a move on draft day. I’m in the camp that believes Atlanta should trade down, but this tweet says it all. Regardless if you like it or not, Atlanta potentially trading up and going all in should come as a surprise to nobody when almost everyone

Ranking the Falcons 4th Round Picks of the Thomas Dimitroff era

12. Prince Shembo (2014) I’m not going to give this bozo any attention. Shembo played one season before being cut after he killed his girlfriend’s dog. This came after he threw a desk at a teacher in high school and was accused of sexual assault in college. This team should have known better. Next. 11.

Even though there have been reports that the Falcons are looking to trade up, moving back for extra draft capital could greatly benefit this team, and it wouldn’t be the first time there were misleading rumors leading up to the draft. With April 23rd rapidly approaching and a multitude of guys shaving .2 seconds off