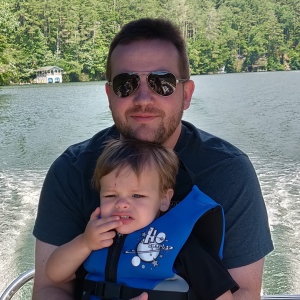 Clint Capela has played less than 30 games in a Hawks uniform. Nevertheless, the 26-year-old current starting center for the club has already shown fans just how strong of a player he is in the paint. Capela might one day end up on the list below, but as history stands right now, the following five

$1.3MM is all that the Braves will pay for the services of reliever A.J. Minter this year. The two sides agreed on that amount back on January 15th. If the first-time arbitration-eligible fireballer maintains the dominant form he displayed in 2020, that price will turn out to be an absolute steal. After building a good

Braves should bring back Adam Duvall

Okay. Here’s the deal. Adam Duvall has slugged .545 with 26 home runs over 98 games the last two seasons with the Braves. The team should bring him back. It was a bit of a surprise when the Atlanta front office made the decision to non-tender Duvall back in early-December. That move sent him to

Last time Braves fans saw Jacob Webb he got hammered for three earned runs in a single inning during a Game 5 loss to the Dodgers in last fall’s NLCS. That was certainly a forgettable outing, but pretty much all of his prior big-league work is worth remembering, as Webb is positioned to assume an

By the time Nick Markakis originally signed a free-agent contract with the Braves back in December 2014, he had already established himself as a consistently solid MLB performer over nine seasons in Baltimore. While in an Orioles uniform, Markakis grabbed a couple of Gold Gloves (2011, 2014) and hit his way to a nice .290/.358/.435

Emerson Hyndman the difference maker once again for Atlanta United

Immediately following his club’s 2-1, home-opening win over FC Cincinnati on Saturday night, Atlanta United midfielder Emerson Hyndman said “I just have to choose my moments.” Two matches into the 2020 MLS schedule, Hyndman has been choosing those moments quite well. The almost-24-year-old Texas native has netted the difference-making goal both times out so far

Who exactly is JJ Williams? Well, the newest member of the Five Stripes is a 6’4”, 200-lb striker hailing from Montgomery, AL — just a couple hours east of Atlanta by car — that has seen most of his professional action during his still very young career with USL Championship side Birmingham Legion.  The need

Having already gained some confidence after advancing in the CONCACF Champions League earlier this week, ATL United hit the pitch in Nashville, TN on Saturday night looking to do something for the first time in team history — win an MLS season opener. That’s right. As shocking as it may seem given the club’s success

Coming to the pitch with an evened up 1-1 aggregate score in the CONCACF Champions League Round of 16 against FC Motagua, Atlanta United was relentless on the offensive attack from the outset Tuesday night at Fifth Third Bank Stadium in Kennesaw, GA and cruised to a 3-0 victory – 4-1 overall for the round.

CONCACAF Champions League: ATL United has the momentum for second leg vs Motagua

Coming off a welcome 1-1 draw in Honduras on Tuesday night in the first leg of their Round-of-16 matchup versus FC Motagua in the CONCACAF Champions League, Atlanta United definitely has all the momentum heading into the second leg this Tuesday night in Kennesaw, GA. Not only will the Five Stripes take the pitch at