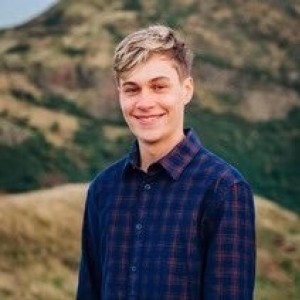 Braves: Is Robbie Grossman the next Eddie Rosario?

Alex Anthopoulos might have done it again. After acquiring Robbie Grossman from the Tigers in exchange for Kris Anglin, Grossman has been on a tear. Granted, it’s not hard to upgrade on Marcell Ozuna’s recent production. However, Grossman has looked solid while filling in for a depleted outfield group. The switch hitter has posted a

Today, the Braves called up yet another top prospect–this time, it is pitcher Freddy Tarnok. So what should we expect from the latest youngster to join the major-league squad? Role In all likelihood, Tarnok is just filling a roster spot, providing Brian Snitker with an extra arm that can be used in case of emergency.

Braves prospects to watch following the call up of Vaughn Grissom

Vaughn Grissom received the call to the big leagues yesterday, and the Braves farm system has gotten increasingly thin. However, that doesn’t mean there aren’t some players with the potential to be the next Vaughn Grissom, Michael Harris, or Spencer Strider. In fact, there have been some extremely promising guys in the system flying under the

After yet another second baseman went down with an injury last night, the Braves made a move. Top prospect Vaughn Grissom got the call to Atlanta straight from AA Mississippi.  It was the second bold promotion that Alex Anthopoulos has executed this season, Michael Harris’ stunning call to Atlanta being the first. It worked out

Could Jon Berti be a trade target for the Braves?

Outfield and second base are both major needs for the Braves right now. The losses of Ozzie Albies and Adam Duvall certainly sting, but there are some options to cover both. A recent report revealed the Marlins are willing to listen on every player not named Sandy Alcantara. An obvious candidate would be Jorge Soler, who

The Braves gave Ronald Acuña the day off on Wednesday, and I don’t think anybody can blame Brian Snitker’s decision, given Acuña’s recent results at the plate. #Braves' Acuña has hit .209 with 2 homers and a .583 OPS in his past 33 games, after hitting .316 w/ 6 homers and a .950 OPS in

Braves: Two under the radar options to replace Adam Duvall

Over the weekend, the news broke that Adam Duvall will miss the rest of the season with a wrist injury. It’s yet another injury to an outfield that has weathered a lot over the past two seasons, and the Braves must now replace Duvall before the trade deadline.  With the farm system suffering, Atlanta may

FiveThirtyEight has released an article detailing the Braves division race at the break — and the Mets are given a 59% chance to win the NL East. However, that number isn’t as bleak as it sounds. Remaining Schedule The Braves have plenty of games remaining against the Mets that could ultimately determine the division race. 12

Braves: Fourth-Round Pick David McCabe is a powerful bat to watch out for

Out of Atlanta’s Day 2 draft picks, one stands out: David McCabe. The switch-hitting third baseman from UNC Charlotte has shown a ton of power potential throughout his collegiate career, which is why he was a fourth-round pick. McCabe might profile as a first base/DH guy rather than a third baseman, but as Mark Bowman

Hawks: AJ Griffin can be a championship piece

Last night, the Atlanta Hawks snagged AJ Griffin with the 16th pick in the NBA Draft. The 6’6”, 222-pound forward out of Duke brings a lot to the table, including elite three-point shooting and lockdown defense. Welcome to Atlanta, AJ! I was shocked that Griffin fell to 16. Most pundits had the 18-year-old in the