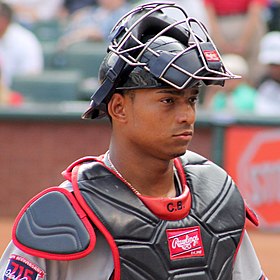 The Braves have made a handful of roster moves Monday afternoon, including recalling Catcher Christian Bethancourt from AAA Gwinnett. Bethancourt has been a highly touted prospect throughout his time in the Braves organization, and had a nice stint with the big league club in 2014. He made the opening day roster for 2015, but A.J. Pierzynski emerged as the starter and concerns about Christian’s ability to manage a pitching staff had him back in AAA. However, the Braves made it clear that they still held Bethancourt in high regard. I think consistent at bats was the best thing for the young catcher, and the results speak for himself. He hit .327 with Gwinnett. Whether his defensive abilities will be up to par is the real question. Having three Catchers is no big deal with the rosters expanding in just a week.

In the corresponding move for this callup, the Braves optioned Eury Perez to AAA Gwinnett. This is a shame to see, as I thought it was quite obvious that he has played better than Jonny Gomes. However, the team may still trade Gomes before the waiver deadline, especially with the logjam the team now has in left field with the acquisitions of Michael Bourn and Nick Swisher.

The Braves also announced that they have designated David Aardsma for assignment. The right hander was effective when called up, but his MLB comeback has been cut short after struggling in recent weeks. He has given up 12 earned runs in his past 15 outings. Yikes. The team has recalled Sugar Ray Marimon, but I think we all know that he isn’t the answer. He has given up 8 earned runs in 6 major league outings. The bullpen has been a nightmare once again. I would have liked to see Danny Burawa be given a chance, but he’s only had two outings for AAA Gwinnett thus far.