It’s almost that time of year when teams get to call up intriguing prospects towards the end of the season as rosters expand. I’m going to warn Braves fans: don’t expect any big name guys to be called back up. While we have stockpiled prospects, those who are currently highly touted players for AAA are still not ready for the bigs. Tyrell Jenkins and Mallex Smith were both called up from AA midseason, and the team is going to be cautious when approaching their development. Mark Bowman made it known that the team has no plans to bring up Jenkins. I’m also going to give Hector Olivera and Eury Perez honorable mentions, as I believe both will be called up by the team by September. Olivera is expected back any time now, and with Jonny Gomes swinging the bat a little better as of late, I think the team is likely to move him before the waiver deadline. Joey Terdoslavich and Todd Cunningham could also be options, but fans know what they are getting out of those two guys. Let’s take a look at guys that we have not seen or have seen sparingly that could be called up within the week:

Surprise. The Braves are going to need more arms when rosters expand because… well our bullpen sucks. Burawa is a new name, he was claimed off waivers from the Yankees. He was ranked among some Yankees’ prospect lists, and is a guy with a plus fastball who needs to develop his secondary pitches. He’s had a really nice year in the minors, though has made only two appearances for AAA Gwinnett thus far. Overall he has a 2.60 ERA in 37 appearances in 2015. This could be a guy who could be in our bullpen next season, so why not give him a chance to shine with others struggling?

Carlos Fisher is far from a prospect. The 32-year old has had stints here and there in the majors, and has compiled 74 MLB appearances. In his second year with AAA Gwinnett, Fisher has been dynamic. He has a 1.76 ERA in 39 appearances, and hitters are hitting just .193 off him. I’m not saying he’s going to translate this type of success to the majors, but you can’t tell me he wouldn’t be more effective than a ton of guys we have thrown out there this season. Give him a shot Atlanta.

Greg Smith was signed to a minor league pact this past offseason, and he’s a guy who worked out of the rotation and bullpen for Gwinnett this season. He could be a guy the Braves look to call up, as he has a 2.39 ERA on the year and can make a spot start in an emergency situation. He also has a couple seasons worth of MLB experience. Smith would be a good insurance policy for Atlanta down the final stretch, and worst comes to worst he offers a long releif arm. 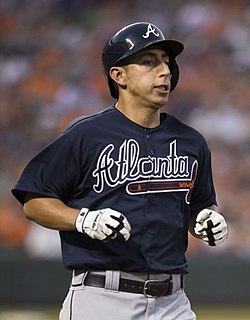 Finally a position player. We have seen a bit of Daniel Castro this season, and while the sample size has been small, he has still flashed potential. The 22 year old did a nice job of filling in for Andrelton Simmons when has had minor injuries. He has hit 9-for-30 for the team this season. I like Castro’s versatility and I think he has the potential to be a really solid utility guy for us. I think he will take Perdo Ciriaco’s role over in 2016. He’s hitting .304 over two levels in the minors this season.