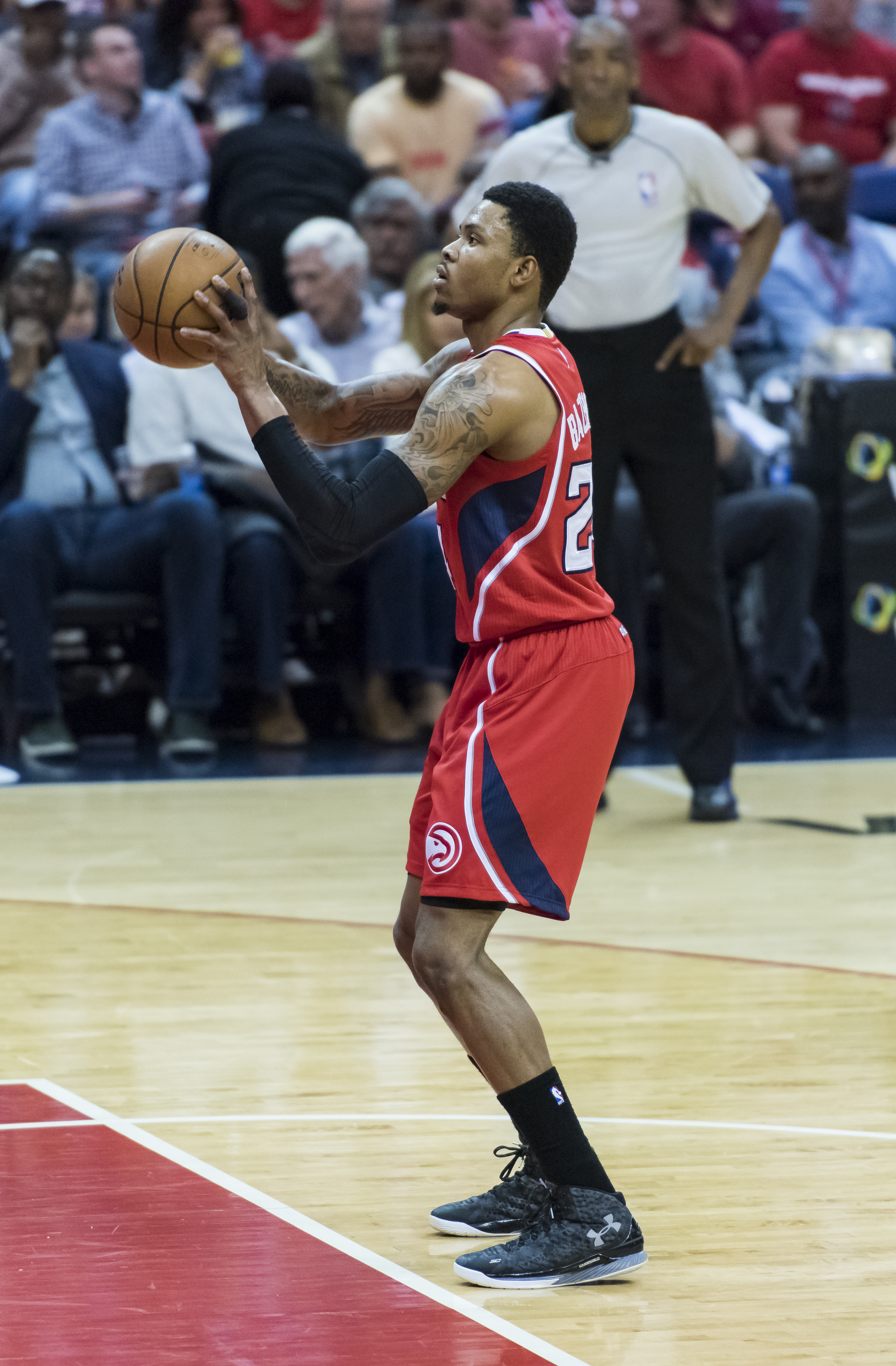 Like Al Horford, Bazemore is set to hit the free agency market, and Atlanta will be competing with a lot of teams for his services. The biggest question mark heading into last season was who is going to fill the shoes of Demarre Carroll. Carroll was the Hawks’ “junkyard dog”. He made the hustle plays, guarded the best offensive player and knocked down key three-point jump shots. He was not the flashiest player but he made the team stick. Bazemore filled Carroll’s shoes and there was virtually no drop off. Although Bazemore was not the defender Carroll was, he became the Hawks’ own energizer bunny. His athleticism and three-point shooting made him a nice piece on offense and just because he was not Demarre Carroll on defense, does not mean he was not a good defender. The former NCAA Defensive Player of the Year award winner was the Hawks’ best wing defender not named Thabo Sefolosha. Unlike Horford, Bazemore has never gotten big money in the NBA. His next contract will be by far the largest, and while Bazemore was serviceable, he may not be worth the money he will command. The Hawks are on the verge of becoming championship contenders and paying mediocre players long-term money is not the way to sustain success. Atlanta should give Bazemore a fair offer because he deserves it, but if another team offers him buku money like Toronto offered Carroll, the Hawks should let him walk.

Jeff Green has not been able to live up his reputation over the past few years. Earlier in his career, Green looked to be a player on the cusp of becoming a real star in the NBA. He was extremely athletic, a tenacious defender and a developing scorer. Boston dealt Green as part of their rebuild in 2014-2015 to Memphis and he really has not been the same since. His scoring numbers went down and the Grizzlies dealt him to the Clippers who then traded him back to the Grizzlies prior to this season’s trade deadline. Green has had his fair share of moving over the last couple of seasons and it has undoubtedly taken a toll on his game. What Green needs is a new home. A place where he can get back on focusing on basketball with a good coach. The Hawks have shown they can get the best out of whoever plays on the wing. Green could be a player on the decline, but at just 29, he is a terrific buy-low candidate. The Hawks might be able to get Green for cheap, and if he were to pan out, he would fill a huge void on the wing for Atlanta.

Barnes has been a starter for one of the best teams in league history. He is set to become a free agent this offseason and it seems unlikely the Warriors will pony up the money to re-sign him. A lot of people think Barnes has star potential and his statistics are overshadowed because of guys like Steph Curry and Klay Thompson. While I believe Barnes could be putting up better numbers elsewhere, he is not a star. Barnes is not going to be worth the type of money he will demand this offseason. He would be a terrific addition for Atlanta but far from what is going to put the Hawks over the top.

I do not have to write much here. Durant is arguably the best player in the league and Atlanta should do everything in their power to get him. With Durant, the Hawks would instantly become favorites to win the East. With that being said, its very unlikely Durant even considers Atlanta. The Hawks will likely have to look elsewhere for help on the wing.