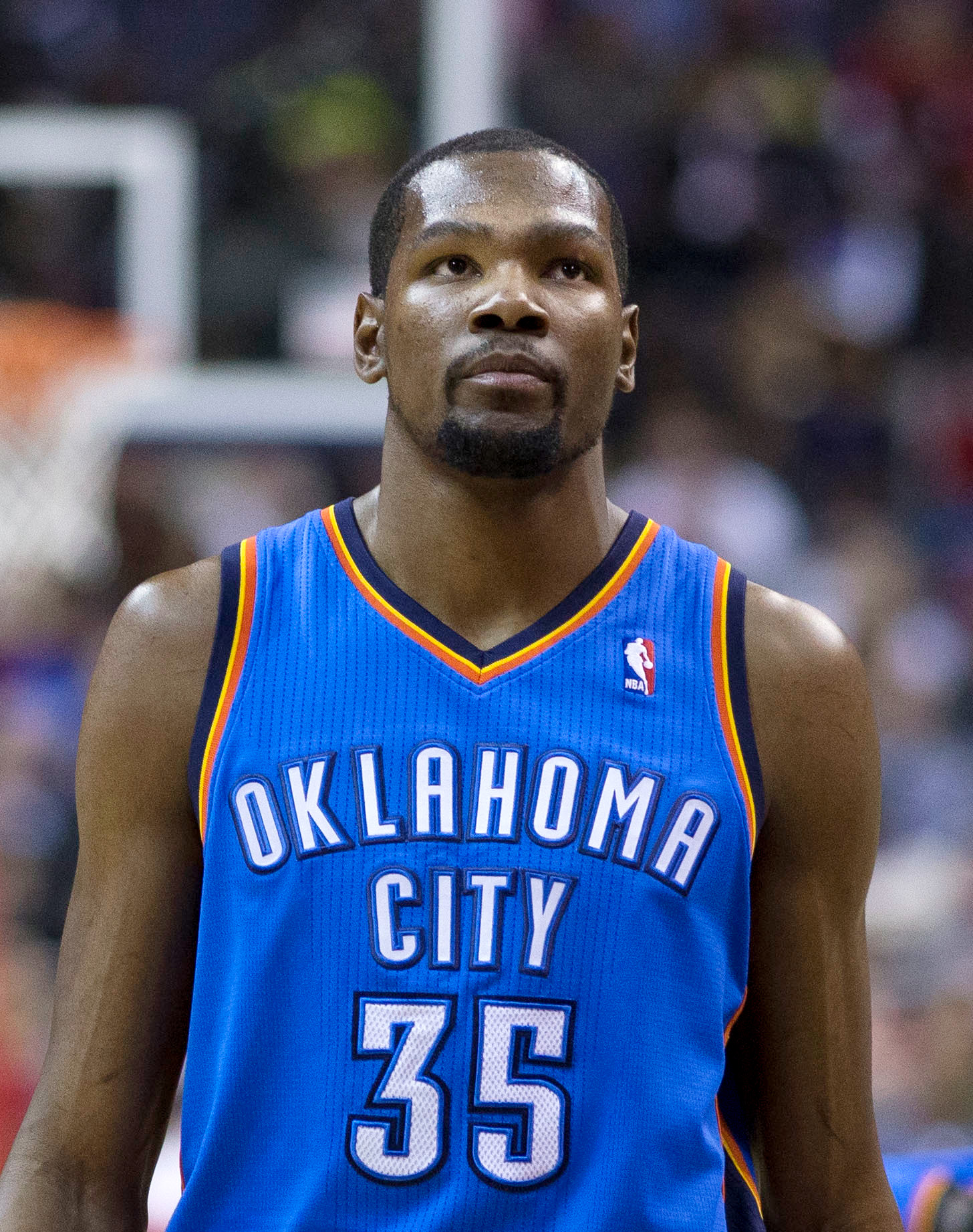 When you’re a top 3 player in the NBA with free agency impending, chances are the rumor mill is going to start swirling up. Kevin Durant is set to become a free agent following the 2016 season, and he has a lot of options to weigh out. Ever since the Thunder went to the NBA Finals and were decimated by Lebron James and the Miami Heat in 2012, things have gone downhill for the Oklahoma City Thunder. They made a huge mistake trading James Harden, though I do believe he is best suited to be “the guy” for any team he plays on. The Thunder have had some of the most talented rosters in recent seasons, but they haven’t been a very deep team and injuries have been a huge factor. They kept Scott Brooks around for way too long, who is one of the worst NBA coaches in recent years. They have a new coach in Billy Donavan, who as we know, has a great basketball mind. However, there’s a reason KD is yet to sign a contract extension with OKC. There is a ton of uncertainty, and he’s clearly exploring a wait-and-see approach.

Stephen A. Smith stirred up a lot of controversy last week when he publicly stated that someone close to Durant told him that Los Angeles would be his “primary objective and landing spot” if he does not resign with the Thunder. Durant responded with the following statement:

Ouch, Stephen, you just got called out. Couldn’t have happened to a nice guy, right? The ESPN First Take host fired back by telling Durant that “you don’t want to make an enemy out of me.” I’m sure the superstar lost a lot of sleep over that one.

Durant may very well be interested in playing for a big market team, but with social media on the rise and TV packages such as NBA League Pass now available to the casual fan, it’s not like it’s the 90’s when it was a much bigger factor come free agency time. Many have speculated that Durant, like Lebron James, could have a homecoming in the works. He hails from the Washington D.C. area, and many think he could team up with the likes of John Wall and Bradley Beal.

However, it’s another team in the East that should spark Durant’s interest if he is serious about bringing home an NBA title. The Atlanta Hawks are on the rise, claiming the number one spot in the Eastern Conference last season. They have a deep roster, and it’s also one that is built to shed salary cap space fast given the right opportunity.

Jeff Teague and Kyle Korver are signed to very cap friendly deals, and Al Horford is set to hit free agency next summer. The NBA salary cap is reaching record setting heights with the new TV deal the NBA signed. Estimates show that the cap should sit around $89 million next season, which puts the Hawks in a unique situation. With only a little over $47 million on the books for next season, the Hawks should have the opportunity to lock up both Durant and Horford. I would expect to see them sign deals similar to what Paul Millsap received in free agency this offseason. If money becomes an issue, it’s certainly not out of the question to think Horford may take a bit of a discount to have the opportunity to bring the city he has shed blood and tears for a championship ring, much like Tim Duncan (though he won’t take that much of a discount, and rightfully so). They could also choose to go the route San Antonio went this offseason, and salary dump Tiago Splitter.

With yet another huge spike in the cap expected for 2017-18 as well, the team should easily have the finances to lock up Jeff Teague and/or Kyle Korver the following offseason, especially since they have both accumulated Bird Years. Korver shouldn’t break the bank considering his age, and the team may decide to go with Dennis Schroder as the starting point guard if he continues to make huge strides in his game. I am on the record as saying I think the German point guard is a strong candidate for Sixth Man of the Year in 2015-16.

It’s no secret that Atlanta hasn’t been a prime free agency destination in recent memory, but things have changed. Phillips Arena is selling out on a regular basis, Atlanta has the reigning NBA Coach of the Year and they have new management that is willing to cut into the luxury tax. Oh yeah, we also claimed the best record in the Eastern Conference this past season. This opportunity would also allow Durant to get out of the incredibly tough Western Conference. Many have feared that the “slim reaper” may have trouble staying durable throughout his career due to his smaller frame. Getting out of the West will allow Durant more opportunities to rest his body and give him a much better shot at a deep playoff run.

I never thought Scott Brooks had any structure to his offense. It was too much of “give the ball to KD or Westbrook.” I am still yet to see a player not improve when plugged into Coach Bud’s system. He would join a spread offensive attack that would give him more open looks than he has seen in his NBA career. Coach Bud’s system makes the most out of any two-way wing he plugs in. Imagine having Kevin Durant plugged into the 3 spot. The possibilities for this team would be endless.

Let’s face it: Atlanta may not be Durant’s “sexiest” option. However, he has the ability to build a legacy as the best player in the franchise’s history, and the opportunity to win multiple championships if he makes the move down south. The front office has done a great job of building a deep roster with team-friendly contracts that can easily be moved if the right opportunity arises.

I’m not sure what type of relationship Thabo Sefolosha has with his former teammate, but considering he is under contract through next season, if I’m the front office I am pushing him hard to do some recruiting next summer. The superstar small forward also practiced with Paul Millsap and Kyle Korver when they participated in the Team USA training camp last summer.

Atlanta’s roster is built for just this occasion, now they just have to make the right pitch to make it happen. Much like the Spurs this past offseason, this is Atlanta’s chance to take advantage of the salary cap increase and add a gamechanger to their team. It’s also their chance to bring the type of superstar power the city hasn’t seen in nearly two decades while hauling in a team player. One can dream, but it’s more of a reality than many think.