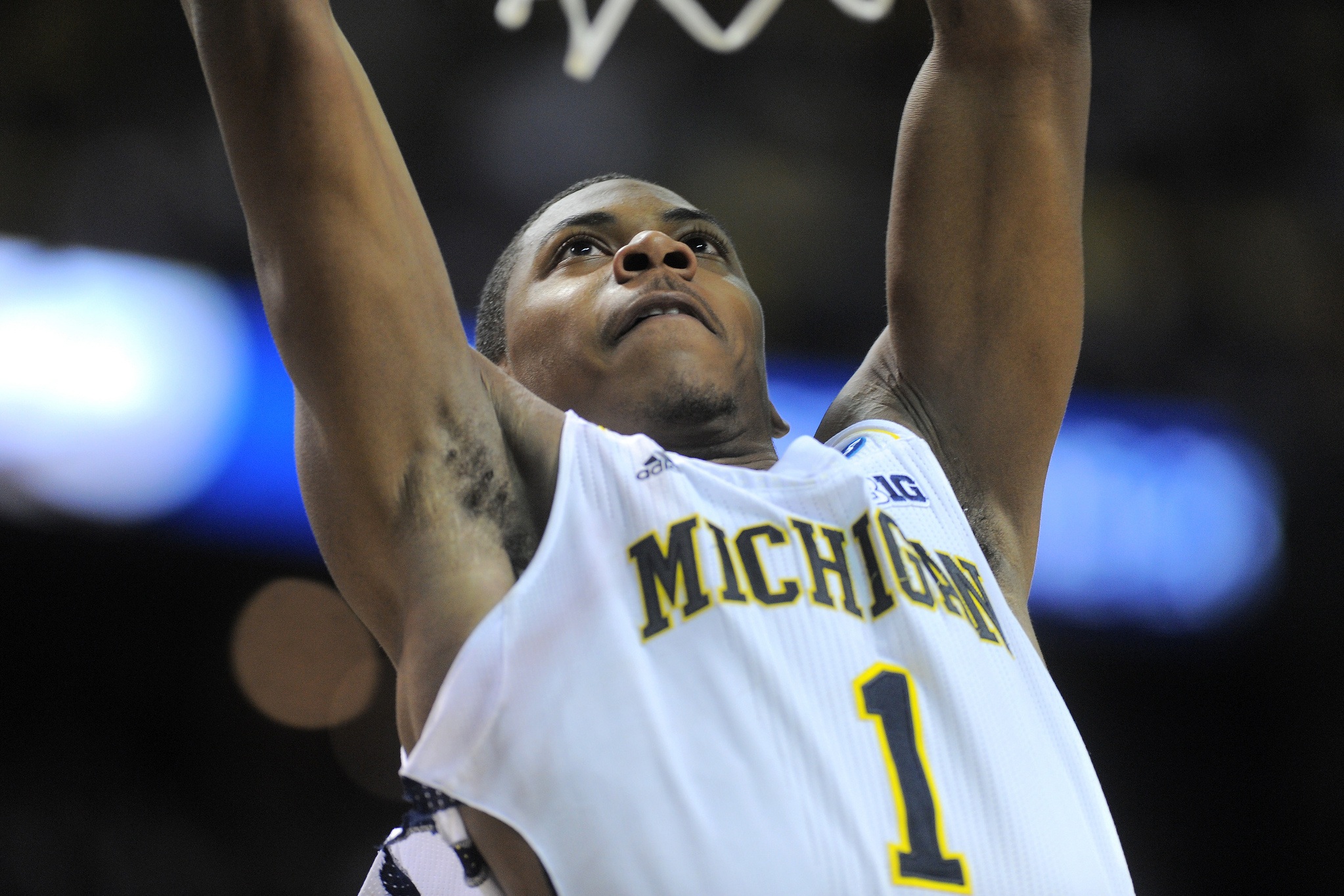 Glenn Robinson III is a fun player to watch. He is explosive and makes highlight plays on both ends of the floor. Summer League is a great opportunity for some under the radar guys to make names for themselves. Robinson has taken the opportunity and made the most of it thus far. He hustles, is a good wing defender, makes highlight dunks and has really improved his jump shot since entering the NBA. He is no star, but he could be a valuable piece for the Hawks this season and should have a serious shot at making the team.

Glenn Robinson III is the son of Glenn Robinson Jr, who was the first overall pick in the 1994 NBA draft. Robinson Jr. went on to play 12 seasons in the NBA, including a stint with the Atlanta Hawks. He made two All-Star games and had a very successful career as a small forward in the NBA. Robinson III was not as highly touted coming out of college. He was drafted 40th overall and has yet to find a role in the NBA. However, Robinson III clearly deserves a spot on an NBA roster. In Summer League he averaged 11.8 points on 46.3% shooting in just over 21 minutes of play per game. He has been able to score, and most importantly for the Hawks, hit the three-point shot. There have been games where he has under performed, but for the most part Robinson III has been one of the most reliable players for the Hawks summer league squad.

Summer League is a small sample size and a lot of times success does not translate to the NBA, but Robinson III has shown enough to earn a spot on the team. He definitley has the athleticism to play in the NBA. He and Bazemore would share the title for the most athletic players on the team. Defensively he is NBA ready and he looks to really be gaining confidence in his jump shot. He played two seasons at Michigan and was a 31% three-point shooter. If Robinson ever wants to be successful in today’s NBA he must improve those numbers. He is 6-14 (42.8%) from behind the arc in summer league. Those numbers likely will go down over the course of a season, but he clearly has taken the necessary steps to improve as jump shooter.

In those two seasons at Michigan, Robinson III played alongside the newly acquired Tim Hardaway Jr. Also the son of an NBA star, Hardaway Jr. will be a big piece for the Hawks this season and he and Robinson could team up again in Atlanta. The current squad has a lot of possible options at small forward, but no clear cut guy. Robinson would likely never start for the Hawks, but he could be a part of the platoon rotations the Hawks will likely have at the wing positions.  If nothing else Robinson can be let go, but his offensive game will likely only improve by becoming a member of the Hawks organization. If he is given the shot, he could develop and become a great piece for the Hawks this season, and he should get that opportunity. Some guys just need the right fit and opportunity, and it looks like Robinson III and the Hawks could be just that.