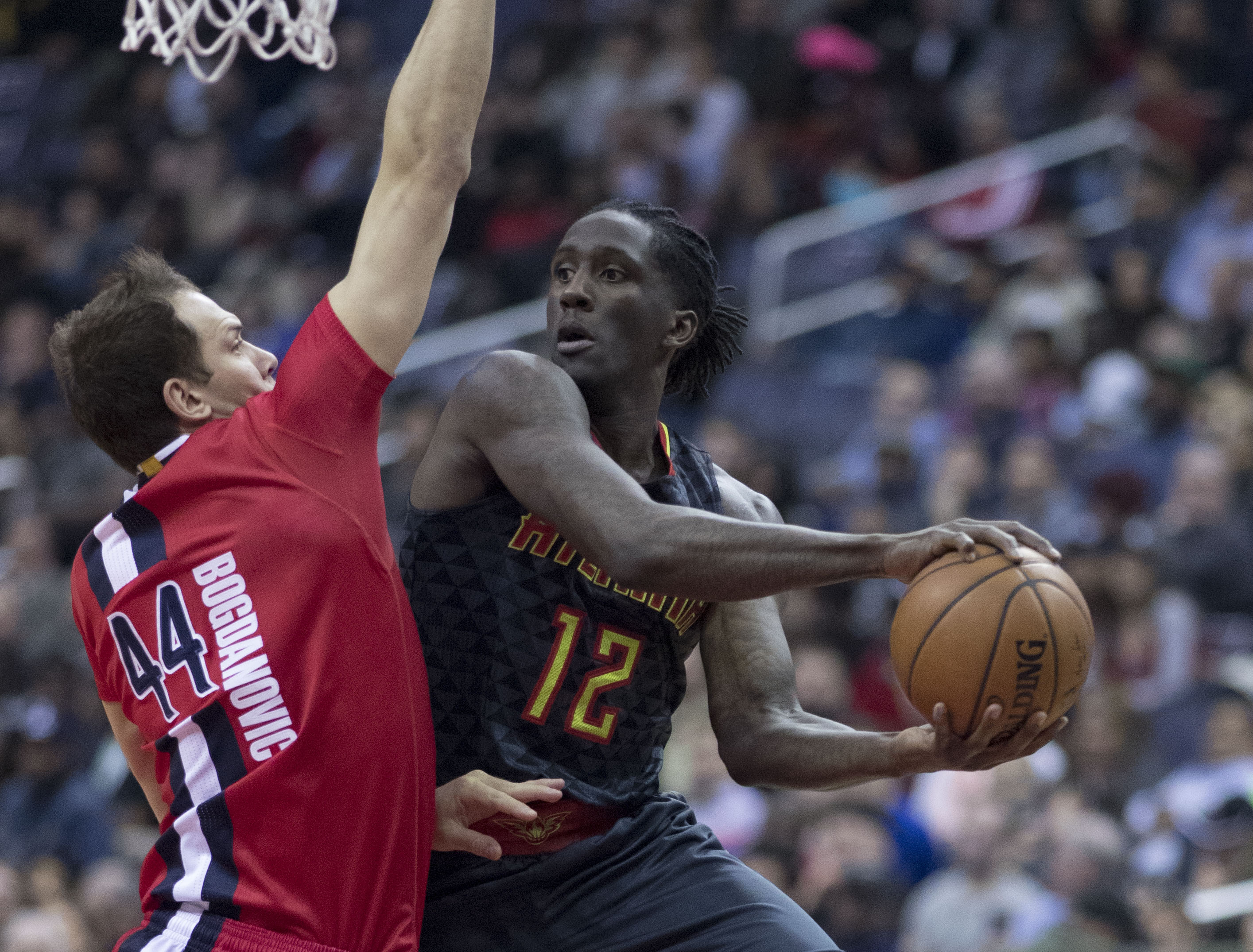 Travis Schlenk will not commit to the word “rebuild”. However, when looking at the roster, the Hawks are definitely going in a different direction. They are going younger.

Dwight Howard has been traded away, and it looks like Paul Millsap will be following him out the door. Though it was the work of Wes Wilcox, the team essentially traded Jeff Teague for Taurean Prince, and Kyle Korver for a first rounder.

The Hawks are about to have no starters left from their 60-win season. So why in the world is this good news for them?

The Golden State Warriors and Cleveland Cavaliers will almost certainly dominate the league in the coming years. And now is the time for the Hawks to accumulate assets to keep up with teams on the rise such as the Celtics and the Sixers.

Howard and Millsap are great players, but their window is passing them. Mediocrity is death in the NBA, and retaining both players would provide Atlanta with just that, with no financial means of getting better.

The Hawks will probably be terrible next year. That might sound sour, but actually is great news for Hawks fans. They will likely not be a playoff team with the current roster, and unless Schlenk works some serious magic, it is unlikely they will have the opportunity to add much firepower. The Hawks will most definitely be in a position to pick in the lottery multiple times in the next few seasons. But with a great development staff and coach in Mike Budenholzer, the Hawks should be comfortable taking the nosedive necessary for the team to get superstar talent. It sure as hell is not coming in free agency any time soon.

2017-18 will still be a vital year for the Hawks, however. They have a young core of players that features four players who have All-Star potential. They will be too young to win a bunch of games this season, but if the Hawks opt to start Dennis Schroder, Tim Hardaway Jr., Taurean Prince and John Collins and let them take their lumps, it will be a huge year for player development.

Schroder will almost certainly have the keys to the team next season. He has the highest upside of any player on the team. He was very impressive in his first season as a starter, and had an incredible playoff performance against the great John Wall. Schroder will study under Wall this offseason, and based on how much we have seen Dennis grow in year’s past, he should come back even better. If he can limit his turnovers, he can be one of the best point guards in the NBA. After all, he is just 23-years old. He won’t be able to do it himself, but he will have a chance to grow as a leader.

If not for a man named Giannis Antetokounmpo, Tim Hardaway Jr. may have been the recipient of the Most Improved Player Award. Many were quick to give up on Timmy upon his arrival. He struggled to learn the defensive rotations in year one, but came back with a different kind of swagger in year two with the team. He ended up cracking the starting lineup and proved that he is a dangerous scorer in this league. In Dennis and THJ, the Hawks have the best scoring backcourt in recent memory, with room to grow. Hardaway Jr. is a restricted free agent, but it seems like it is an absolute no-brainer to retain him.

Taurean Prince also emerged as a special talent in his rookie season. Most thought the Hawks reached for Prince, but he justified his status as a lottery pick with his great play towards the end of the season. Prince went from logging DNP’s regularly to starting for the Hawks in the playoffs. He reminds many Hawks fans of Demarre Carroll, but has much more potential. He should develop into a much better scorer, and is a plus rebounder for a wing. Most importantly, Prince showed that he can be an elite defender in this league in his first season. He had the fifth highest defensive plus-minus at the small forward position in the whole league. He made Otto Porter, one of the elite three-point shooters in the league, disappear in the playoffs. Prince’s progression in year two will be huge for him, but there is no reason to think he will not be even better.

Last but not least, the Hawks got an absolute steal in John Collins at 19th overall. Collins was one of the best players in college basketball last year. He was one of the best post players in the league, and led the whole NCAA with a ridiculous 35.9 PER. Keep in mind he put up this production as a sophomore in the best conference in college basketball. The team plans to stretch him out, as he did have a serviceable mid-range jumper in college. If Collins had been shooting threes at Wake Forest, he easily would have been a top 10 pick. He is also a great rebounder for the 4. The Hawks found a way to add another great young prospect to their core. Deandre Bembry and Tyler Dorsey could play a role for the Hawks as well.

But aren’t the Hawks in a sticky situation financially?

Sure, but this may not be as big a deal as people realize. They have two horrendous contracts in Kent Bazemore and Miles Plumlee. The team will surely look for ways to dump this money, but worst case scenario, these contracts are not bad for a team trying to develop players on team-friendly deals. Having players such as Bazemore and Plumlee under contract would ensure the team could stay over the cap floor during a rebuilding stage. If this is the case, which looks likely, expect the team to retain Mike Muscala as well. I’m fine with letting him walk if a team is willing to overpay, but he could start at center to ensure the Hawks’ status as a lottery team while still giving the youngsters the spacing needed to develop their games on offense.

Not to make ridiculous comparisons, but when Travis Schlenk was with Golden State, they banked on decent picks and got great value in Stephen Curry, Klay Thompson and Draymond Green. The Hawks have done a great job of getting value in the past few drafts. They have a nice young core to start with, but when you realize the team is a potential lottery team for the next two years, there is reason to be super optimistic for the future of the team. It is not unrealistic to think that any of those four players could be NBA All-Stars at some point in their career. The Hawks will likely not have to do a full-on tank like the Sixers to build a team that can compete for a championship. They have a lottery protected Timberwolves first rounder for 2018, which will almost certainly vest with the addition of Jimmy Butler on draft night. Their Cleveland 2019 first rounder could be a sneaky great pick if Lebron James were to leave the Cavs in free agency, but those rumors could also be complete bogus.

The Hawks can take their time developing their players, accumulating picks, and eventually they will get the financial freedom they need to add veteran pieces and build a real contender when the window opens back up. It certainly was not happening any time soon with Paul Millsap and Dwight Howard.