The Falcons already knew they were going to have address the wide receiver position this offseason. With the announcement of the release of the team’s all-time leading receiver, Roddy White, it became even more clear the Falcons will be searching heavily through the free-agent market and the draft for a viable #2 option to take some of the pressure off Julio Jones. Jones has been absolutely incredible in his last two seasons with the Falcons. He has caught 240 balls for nearly 3,500 yards, however, he has only managed to score 14 touchdowns over that period. This low number of touchdowns shows how teams are able to effectively double Jones when the field shrinks. For the last two seasons, Atlanta has been without a real #2 threat. White has been a shell of himself and no other Falcon has stepped up to take his place. If Atlanta can find a real red-zone threat to compliment Jones, the team will likely be able to put their redzone woes of the past behind them.

The Falcons obviously have to bring in a wide receiver but there are not a lot of great options on the market, and the way I look at it, there are three ways the Falcons can address the situation: Sign one of these middle-tier free agent wide receivers to a multi-year deal, draft a wide receiver in the first two rounds, or sign a veteran  to a short-term deal. 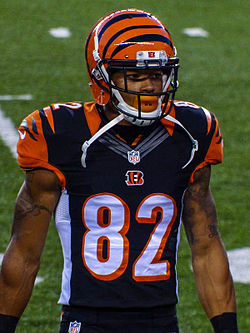 There are not a lot of big name wide receivers on the free agent market. Fortunately for the Falcons they are not in the market for a big name guy. They just need a respectable receiver that can win his one-on-ones because he will be getting a lot of them playing across from Julio Jones. Looking down the list of free-agents there are a few guys who could do just that.

Travis Benjamin is a guy the Falcons have already been linked to being interested in. Benjamin was drafted with the 100th overall pick (4th round) by the Browns in 2012 and had a breakout year last season. If he can catch for nearly 1,000 yards with Cleveland’s quarterback situation, just imagine what Benjamin could do in an explosive Falcons offense with Julio Jones across for him. It would undoubtedly be a deadly one-two punch, but Benjamin will not come cheap or without competition.

Marvin Jones is another late-round wide receiver that panned out in the 2012 draft class. Jones was drafted in the 5th round by the Bengals. He only caught one touchdown in his rookie season but proved to be a deadly redzone threat in his sophomore year. Jones caught 51 balls for 712 yards and 10 of those catches went for touchdowns. In 2014, Jones suffered a knee injury that cost him the entire season. However, he bounced back better than ever last season catching 65 balls for 816 yards. He also played along another superstar receiver in A.J. Green. Jones would be much better than any option the Falcons have now and without a doubt make things easier on Atlanta in the redzone.

If the Falcons opt to not bring in any significant help in free agency, they will have to look somewhere early in the draft to find a solid fill-in for White. The need is significant, but not big enough that Atlanta will reach for a guy in the first round. If Laquon Treadwell somehow fell to Atlanta or close enough that they could possibly trade up and get him, than there is no doubt the Falcons should take him. He has superstar potential and the combination of Jones and Treadwell would be unstoppable. Yes, the Falcons have other needs, but turning down the possibility of having both Julio Jones and Laquon Treadwell locked up for the next four seasons would be insane. Treadwell is going to be a star, and Atlanta would be stupid to not at least flirt with idea of finding a way to get him.

But the Falcons getting Treadwell that late in the draft is unlikely, and with the number of needs Atlanta still has, I do not see them trading up very far to get him, so they will likely have to target a receiver in the second round. Michael Thomas and Braxton Miller are two guys out of Ohio State that could still be available. Miller only played one season at wide receiver, but there is not doubt he is just a pure athlete. Thomas at 6 foot 3 could be a terrific redzone threat that the Falcons need across from Jones. Josh Doctson out of TCU is another big wide receiver that the Falcons could possibly draft in the second round. 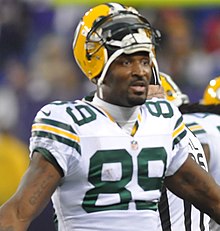 This might not be the sexiest option on the list, but it is one that makes a lot of sense. Atlanta made vast improvements defensively, but Quinn still does not have the tools on that side of the ball to really make it great. The Falcons also have to find a way to protect Matt Ryan. It would not surprise me if Atlanta opts to spend its money in free agency and draft picks on defense and the offensive line. If they opt to do that, there are some notable older free agents that could still have some gas left in the tank.

Anquan Boldin, at 35, just finished up his final year with the San Francisco 49ers. Boldin may be extremely old for a wide receiver, but I think its safe to say he has aged well. In his first two years with the 49ers he caught for over 1,000 yards. His numbers did drop off a little last season, but that could also be attributed to the messy quarterback situation for the 49ers. Boldin was built to play football and embodies the type of physicality Dan Quinn preaches. He has proven to be a valuable redzone target throughout his career and his game is known to step up when the stakes are high. Boldin’s a winner and could be a solid one-year rental if the Falcons go this direction.

James Jones is also a free agent after playing last season with the Packers. Jones is only 31 and certainly proved all of his doubters wrong last season in his return to Green Bay. Aaron Rodgers can make nearly any receiver look great, but over Jones’s nine year career he has proven to be a redzone threat. He can go up and get the ball and win one-on-ones. He is exactly the type of receiver the Falcons could use in the redzone across from Jones. He will likely want to stay in Green Bay, and I am sure Rodgers would like to have him back, so the Falcons would have to put together an enticing package to lure him to Atlanta.