The Atlanta Falcons come into 2015 as a completely different team. The Falcons fired former head coach Mike Smith and replaced him with Dan Quinn. Quinn was the Seattle Seahawks defensive coordinator from 2012-2014, and he coached one of the best defenses in NFL history. He came to Atlanta to build a championship team, and he has quickly started this process. Veteran players such as Harry Douglas, Steven Jackson, and Justin Blalock were sent packing. Free agent acquisitions were made. To top it off, the Falcons pulled off an incredible draft class; at least on paper. Vic Beasley and the rest of the draft class hope to change the culture of the Falcons, who finished with a 6-10 record in 2014. Note that Atlanta has the easiest schedule in the NFL based off of winning percentage of opponents in 2014. Here is my prediction for the Falcons regular season record in 2015:

What a perfect opening night for the fans of Atlanta. Not only do the Falcons play a prime-time game, but they play one of the most over-hyped teams in the NFL year in and year out. I am talking about the Philadelphia Eagles, led by head coach and dictator, Chip Kelly. With that being said, I see this as a statement game for the Falcons to the NFL. Atlanta is nowhere near as polished as their 2012 team, but Quinn will try to take the Falcons back to their winning ways. Look for Julio Jones to fill up the stat sheet with Atlanta winning in the opening game of Monday Night Football.

The New York Giants have always been a hot and cold team throughout stretches in the regular season. Last year, the Falcons won the first half of their game with the Giants in MetLife Stadium. Unfortunately for the Dirty Birds, there are two halves in football, and the Giants pummeled the Falcons 20-7 in the 3rd and 4th quarters combined. Atlanta is a new team, but I don’t see them beating the G-Men this time around. Odell Beckham Jr., in my mind, is already one of the top receivers in the league, and I see him and New York’s offense outshining Atlanta’s new look defense. 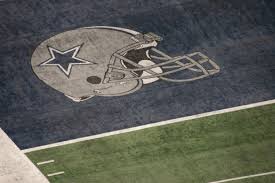 Atlanta continues playing the NFC East opponents, with this game being against the Cowboys. Atlanta’s young defense will still be trying to gel, but this is not the game for that. Tony Romo is the most under-appreciated quarterback in the NFL. The man has the stones to take losses, and a number of losses are not even his fault. I do not see Atlanta coming to “Jerry-World” and stealing a game, especially as it will be their second week on the road. Sorry fans, this one is a loss.

JJ Watt and Houston come to the Georgia Dome, so Dan Quinn better pray the offensive line will hold up. The big question; who will be the starting quarterback: Ryan Mallet or Brian Hoyer? The Texans have a great all around team, but are missing the most important piece of the puzzle. Due to inconsistency with the Texans quarterbacks, I have to give Atlanta the win. Matt Ryan can find a way to lead the offense, and the Atlanta defense can finally have a statement game. If they can stop the running game, I think this game has Atlanta written all over it.

The last of the NFC East foes, the Washington Redskins, come to the Georgia Dome. Robert Griffin III comes into the 2015 season to try to prove to his organization that he is the starter for years to come. The thing is, I don’t think Washington has the talent to beat Atlanta. With Kyle Shanahan dissecting the defense of his former team, expect Matt Ryan to have a field day against the Washington defense, with Atlanta winning big.

The rivalry is renewed in Week 6. The Saints hate the Falcons, and the Falcons hate the Saints. There’s no other way to put it. These games are always entertaining, and are always close. With the exception of 2014, the series usually is always split 1-1. Last year, Atlanta beat New Orleans 30-14, with Osi Umineyora scooping and scoring on the last play of the game. This game always means so much, but I think New Orleans will get the upper hand in this game, especially with them playing at home. Every team has to get lucky at times, and I expect the Saints to have luck in this game. It will be a close one, but New Orleans will find a way to beat Atlanta at the Mercedes-Benz Dome.

Having ten days off from the previous game and having a bad taste in their mouths, I see Atlanta playing with a fire lit under them against the Titans. The Titans have been developing talent and selecting some very talented players, but I think Atlanta is just flat out a better team than them. I have a feeling that the defense will having a “coming out” party, and prove a big factor against Tennessee. This could be close by halftime, but I see the Falcons breaking the door open sometime against the Titans.

Now that the Bucs have finally have their QB of the future, expect them to gradually become better and better each season. The Bucs will be a dangerous team in the future. Jameis Winston, the number one overall pick in the 2015 NFL Draft, will be throwing to very talented wide receivers. The top two receivers on Tampa Bay include veteran Vincent Jackson and second-year stud Mike Evans. However, the Falcons should beat this team at home, and I’m predicting Atlanta wins back-to-back games.

Man, what an awful offseason for the team in the bay area. Think about losing the talented players such as Justin Smith, Patrick Willis, Chris Borland, and even Frank Gore. They also got rid of former head coach Jim Harbaugh, who took the 49ers to the NFC Championship game for three years straight. I just do not know enough about the new 49ers team, and I have to say Atlanta will extend the win streak to three straight games. Even though it is in San Francisco, the Falcons usually play the 49ers close, and can find a way to sneak out a victory this game.

Coming off the bye week, the Falcons should be refreshed and rejuvenated. The Colts also come off a bye week, so there is no advantage for either team in that factor. Coming to the Georgia Dome, Andrew Luck, T.Y. Hilton and company come in to try to spoil Atlanta’s hot streak. They will. The Colts are a very talented team, and I expect this game to be a shootout, with Atlanta being shot down.

In 2014, the Falcons took a loss to the Vikings. It was an odd game to say the least, and an excuse can be made. If NFL fans would like to go watch the highlights, they will see Atlanta’s offensive line was absolutely decimated that game. No, they weren’t getting beat by the Vikings defensive line. They legitimately were getting decimated due to the fact that starting tight end, Levine Toilolo, had to play right tackle in the fourth quarter of the game. Justin Blalock, Joe Hawley, and Lamar Holmes all left the game due to injury. Hopefully, that won’t happen again in 2015. The Vikings are still a lackluster team in my mind, and I expect Atlanta to win by ten or more points.

The Atlanta Falcons every year have one game that leaves their fans scratching their heads. A popular phrase that usually is said by Falcon fans is  “What in the hell is going on!” I expect that phrase to be heard in Week 13 against the Bucs. In division games in the NFC South, any team can win, no matter what each team’s record is. Atlanta has a more talented 53-man roster, but I expect Tampa Bay to surprise to take this game.

Another division opponent, Atlanta looks to rebound after an embarrassing loss from the previous week. It is pretty odd that the Falcons and Panthers meet this late in the season. They have to play each other twice in a three week span. Atlanta will have their hands full playing on the road, and I believe Cam Newton will be too much too handle this game. Carolina is very good at home, and I don’t think the Falcons can steal this game.

With Atlanta’s record at 7-6 at this point, they have to look at their next three games as must wins. Who else would a team in the NFL want to play more in a must-win situation than the Jaguars. If Atlanta loses to the Jags, they do not deserve to make the playoffs. All I have to say is Atlanta will win this game. No analysis needed.

Time will fly before the Falcons have to play the Panthers again. With Cam Newton and Carolina coming out on top, expect a different outcome this game. Atlanta’s playoff hopes are still alive, and they need this game to continue their path to the playoffs. I don’t see Carolina taking the season series. The past two years, the Panthers defensive line has beaten up the Falcons offensive line. Look for the battle in the trenches to be the difference in this game.

In the final regular game of the season, the rivalry betweens the Falcons and Saints continues. This could be a game that decides who wins the NFC South or a game for wild-card berth. Either way, I believe this game could have major implications for both teams. In 2014, the Panthers dominated the Falcons, 34-3, to take the NFC South. Dan Quinn will actually have his team coached up this time. Mentally and physically, the Falcons will be prepared and will not be embarrassed in front of everyone again. I predict Matt Ryan and the Falcons to have a game-winning drive, with Matt Bryant kicking the Falcons into the playoffs.