The Braves slowed their roll a little bit this week, but still continued to play quality baseball. They had a 3-3 week, and currently stand at 8-4, good for 2nd in the NL East. Though they lost a heartbreaker on a Josh Donaldson extra inning walk-off bomb Saturday, the good news for Atlanta is they take on the Mets this week, who own 1st place in the division. While the Braves came down to Earth this week, their offense is rolling and they can take hold of the division if they sweep the Mets. They also play arguably the worst team in baseball, the Philadelphia Phillies. Before we look ahead, let’s take a look at the results from the past week.

Markakis got off to a bit of a slow start this season, but really picked things up in his second week with his new club. He used his AL East experience to his advantage and posted a .625 average this past week, with 10 hits in 16 ABs. This week’s selection was a hard decision, as both Jason Grilli, Freddie Freeman, and Shelby Miller all had great weeks, but this hot streak for Markakis could not go unnoticed. Though he only knocked in a single run, Markakis has offered the Braves a consistent contact bat and elite defense in right field. He also picked up 6 walks to give himself a .727 OBP for the week. That is not a typo. While the season is young and offers a small sample size, Markakis leads the team with a .375 average and a .479 OBP. While many scrutinized John Hart for signing Markakis to a 4 year/$44 million contract this offseason, it is clear that Markakis is a strong fit for the Braves new contact approach at the plate. The long-time Oriole clearly does not have any lingering effects from his neck surgery this offseason, and looks to continue his success with the Braves. 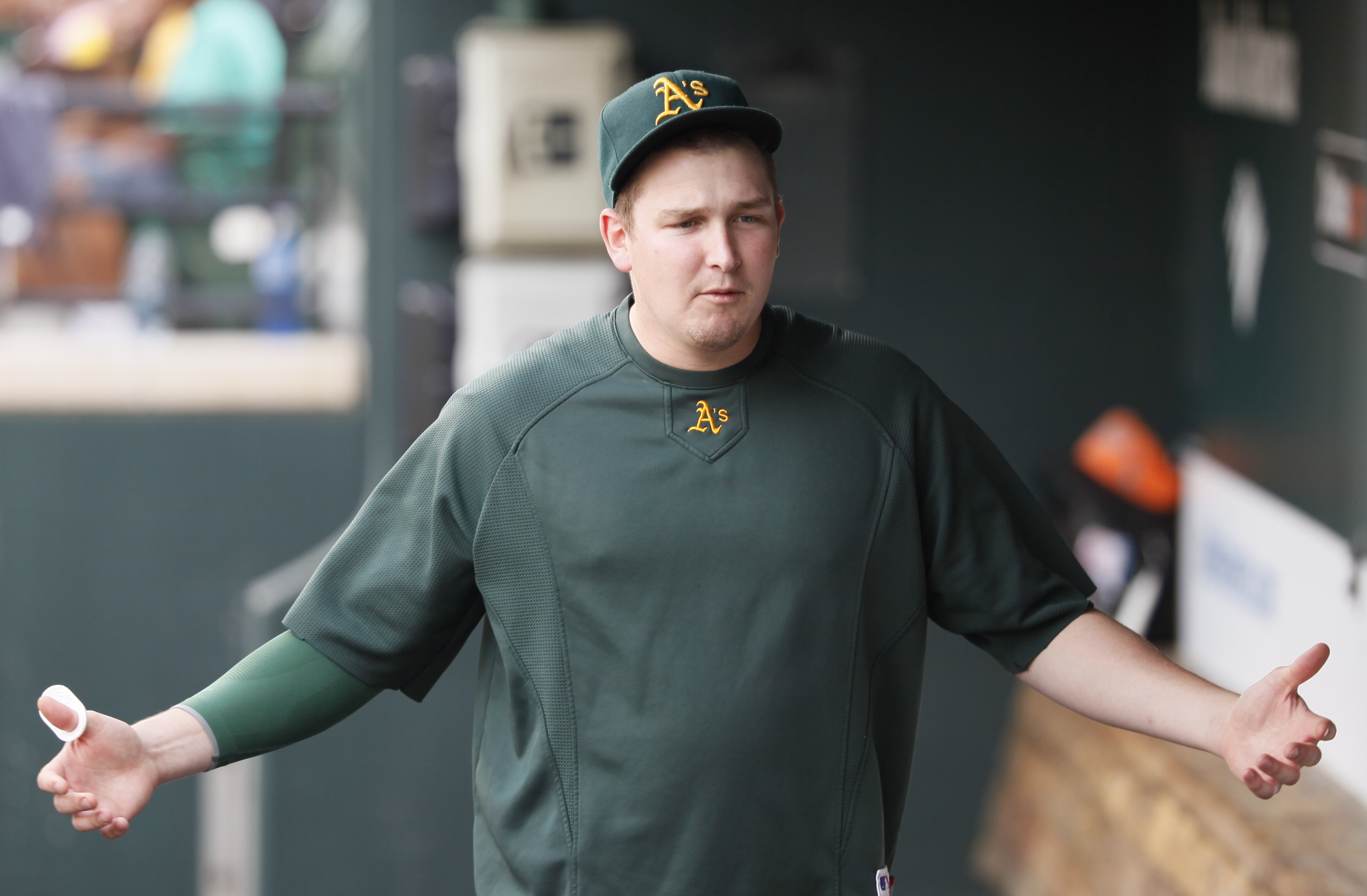 The Braves skipped Trevor Cahill the first time through the rotation due to an off-day, and when he finally made his Braves debut it was not a pretty sight. Cahill, who was an All-Star back in 2010, was acquired at the end of Spring Training to occupy the 5th starter spot. The righty has struggled in recent years, as his ground-ball inducing ability has diminished. The Marlins really roughed Cahill up, as he gave up four runs in just 2.1 innings before being relieved by Sugar Ray Marimon (his major league debut). The Marlins were truly teeing off on Cahill, and every ball was hit hard. He also walked 3 batters and hit another with a pitch. Needless to say, Cahill really could not have made a worse impression with the Braves’ fanbase. However, he has only appeared in one start and looks to bounce back Tuesday against the Mets. Cahill is coming off the worst year of his career and is a rejuvenation project for Roger McDowell: hopefully we see results soon.

My prospect of the week has to go to Mallex Smith, who went on an absolute tear the past seven days. Smith was acquired in the Justin Upton trade and continues to be one of the most underrated prospects in the Braves system. I have him ranked 15th on my prospect list, but I think he deserves a little more love when I update my rankings (updated at the beginning of every month). Smith was 11-for-25 this week, but what’s even more impressive is he scored nine times. Smith has blazing speed, as he stole four bases as well. He also added a home run. I believe Smith without a doubt is the future in Centerfield for Atlanta, and I compare his game to Michael Bourn. He led all minor league players with 88 stolen bases last season, while hitting .310 in A-ball. Smith, who is with AA Mississippi, is clearly making a smooth transition to the next level and is an enticing prospect to keep an eye on. If Smith can hit for a high average, he can be an elite lead-off hitter in this league in the future.