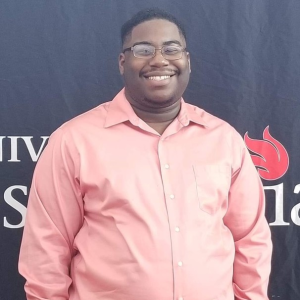 Da'Vonte Hughes is a sports writer for Sportstalkatl.com. He is an aspiring sports journalist and is looking to break out into the sports industry. Da'Vonte has been writing for years now and loves his fair share of Atlanta sports. When he graduates from the University of West Georgia with a degree in Sport Management he would like to work for a Georgia based sports team.

The beginning of this Atlanta Falcons season has been demoralizing for a team and a fan base that entered 2019 with such lofty expectations. The defense was back to 100%; the offensive line was revamped; the skill positions were as loaded as ever, and the pesky coaches that were responsible for 2018’s downfall were no longer

The Falcons coaching staff needs to come up with answers

The Atlanta Falcons are off to a disastrous start at 1-3 on the season, and things only seem to be getting worse each Sunday. Every week we see a different team with a new dilemma. Many areas need to be fixed, but the Falcons’ primary issue is their lack of identity. Dan Quinn and Company

Can Vic Beasley exceed expectations in a new system?

The story has already been written, so it doesn’t need to be re-told. Vic Beasley has underperformed since his breakout year in 2016, recording a measly five sacks in each of the last two seasons. But that didn’t stop the Falcons from picking up his fifth-year option, which pays him over $12.8 million this year.

Are the Falcons changing their defensive scheme?

Head coach Dan Quinn is apparently unhappy with the current scheme. It is not bringing the same ferocity that he saw with the Seahawks when he was their defensive coordinator. Here is a snippet from the Athletic explaining the lengths Quinn has gone to figure out how to fix things in Atlanta: “Quinn saw a

The Atlanta Hawks went into the NBA draft lottery hoping to land the 1st pick as they had 10.5% chance. Unfortunately, to the behest of the entire organization and the fan base, the Hawks’ pick landed 8th, and the Dallas Mavericks’ pick fell to 10th. While it may be the most Atlanta thing ever, this

Can the Dream become a reality?

The Atlanta Dream got as far as the Eastern Conference Finals before they were defeated by the Washington Mystics, 3-2. That postseason success all came without one of their star players, Angel McCoughtry, who tore her ACL shortly before the playoffs began. Like most Atlanta franchises, losing in the postseason has become a reality for

Falcons: Who’s to blame for the lack of leadership?

The Atlanta Falcons demise last season began with the injuries to Ricardo Allen, Deion Jones, and Keanu Neal. Those players are the very lifeblood of the defense, so an anticipated drop off in play took place. What wasn’t expected, however, was the lack of leadership shown by the Atlanta Falcons defense. After a week ten matchup

Why I believe in Vic Beasley

Stop me if you have heard this before “Vic Beasley is a bust,” “Vic Bustly,” or “Vic Beasley should be traded for a 3rd round pick.” That narrative stays the same while one fact remains, Vic Beasley, as of today, is still a member of the Atlanta Falcons and that is not changing in 2019.

The first African-American player for the Atlanta Hawks

The year is 1950, and everything is rapidly changing not only in the National Basketball Association but the world. The season before was the last year that the NBA would be an all-white basketball league. Four African-American players earned roster spots at the start of the 1950-51 NBA season. Earl Lloyd, Chuck Cooper, Nat “Sweetwater” Clifton, and

In eight days we will find out if Kent Bazemore is ultimately moved to another team. According to several sources, there are many teams interested, and the Hawks have made him available.  Bazemore is averaging 14.0 points, 4.0 rebounds, and 2.6 assists in 27.4 minutes per contest. The veteran guard has been a constant contributor