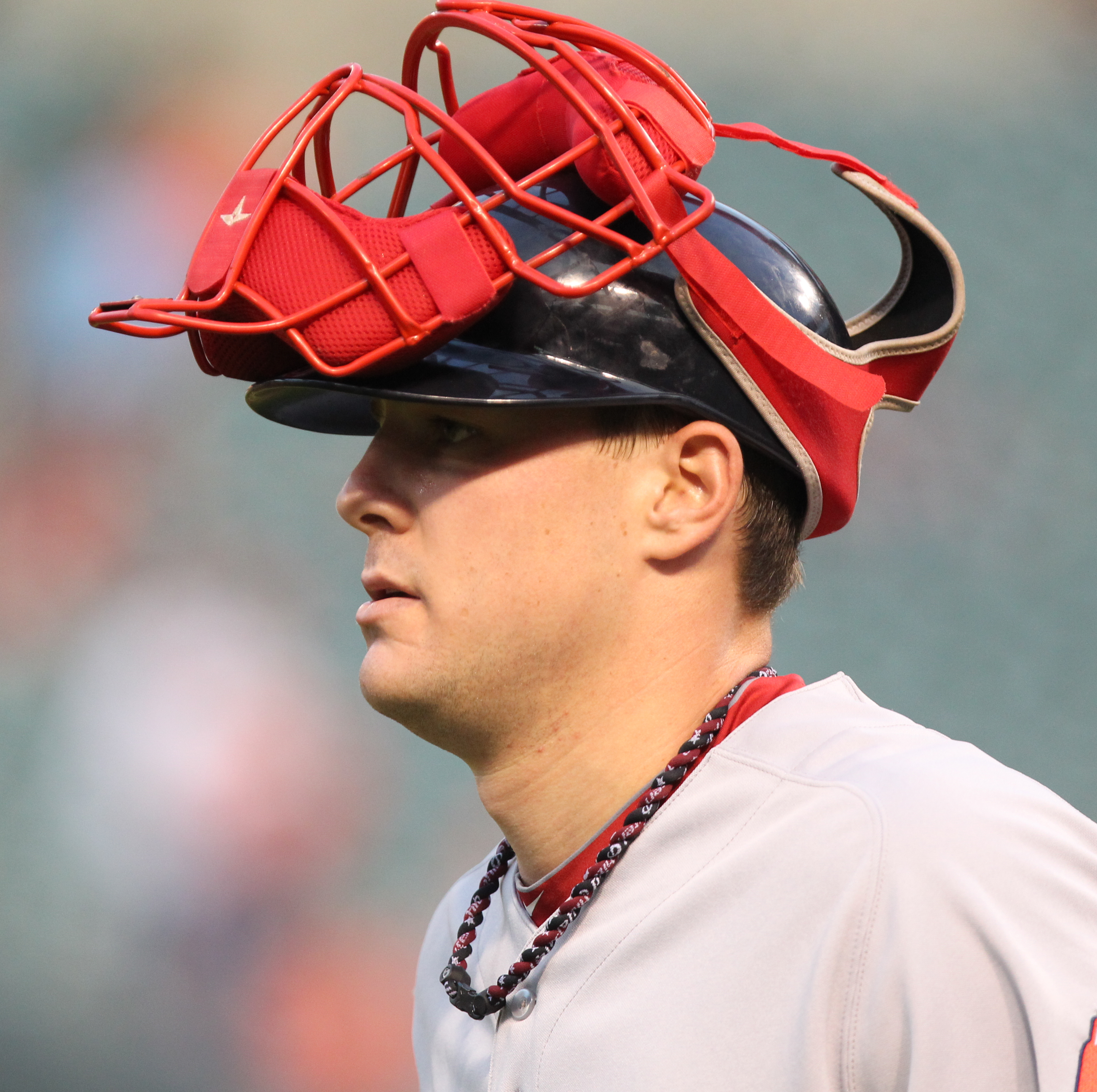 “Who is that guy?” That’s what the typical Braves fan says when Ryan Lavarnway steps up to the plate. There has been a lot of turnover and a lot of new faces, but Lavarnway is flying under the radar, mostly due to limited playing time. Though Christian Bethancourt is now in AAA, A.J. Pierzynski has the starting job locked down. Though he is no spring chicken, A.J. continues to catch everyday. However, when called upon, Lavarnway himself has been solid in an Atlanta uniform.

So what’s the big deal? Isn’t this guy just another one of those AAA players the Braves have shuffled around all season? Well, Lavarnway was actually a consensus top 100 prospect as recent as a few seasons ago, putting up terrific minor league numbers. In 2011, Lavarnway hit .290 with 32 homers and 93 RBI between AA and AAA ball. However, he has not been able to sustain his success since he made his debut that season. In his MLB career, the 27-year old has hit just 65-for-327 (.199) over various short major league stints. He has not been able to find a role in his time in the big leagues to date. However, he has had some moderate success at times. In 2013 he hit .299 across 77 at bats for the Red Sox. The Sox designated Lavarnway for assignment following the 2014 campaign, and many teams scrambled to claim him on waivers. He saw himself become employed by four different teams in 18 days due to various waiver claims and clearings of roster spots, but eventually landed with the AL East rival Baltimore Orioles.

Lavarnway’s stint with the O’s was short-lived, as he was designated for assignment in late May after just 28 at bats with the team. The brass felt that Lavarnway needed to see consistent, everyday at bats to be successful at the plate, and hoped he would accept a demotion to AAA Norfolk. This was not in the plans for the Yale product. He opted to become a free agent, and signed a minor league deal with the Atlanta Braves. He made just 49 plate appearances before getting the call up to the bigs with Atlanta. The team decided to send the struggling Christian Bethancourt down to AAA, and Lavarnway was assigned as the backup Catcher for the Braves.

Lavarnway has since seen limited action, but has been quite effective when he’s been penciled in the lineup. He has hit .292 since being called up by the team in mid-June. He also catches a nice game and has a nice arm to throw out runners.

Who cares, he’s just a backup Catcher, right? Well sure, but for how long? The Braves have been rumored to be sellers at the trade deadline throughout the season, and the trade of Juan Uribe and Kelly Johnson to the Mets for young pitching arms proved just that. The team is looking to acquire future assets for stopgap veterans on short deals, and starting Catcher A.J. Pierzynski has built up serious momentum as a trade candidate. It is extremely likely that A.J. could be donning another uniform in under a week.

If so, who starts? Surely Christian Bethancourt will get the call back up to the bigs, but the organization has made it clear that Bethancourt has to earn his starting position. Believe it or not, Lavarnway could be a serious threat to Bethancourt. He’s a young player who is yet to see consistent playing time an establish a role on a team. Bethancourt has also really struggled with the bat of late. Since July 11, he has hit just 4-for-35 (.114). The former top prospect has reportedly had issues managing a pitching staff, and his ongoing struggles with the bat are quite concerning.

We have seen how Kevin Seitzer has worked with another former top prospect in Cameron Maybin, a guy who has never been able to live up to the hype and find the right home. He is having a career year in his first season under his wing. The Braves as a whole have done a lot to shorten up their swings and use a full-on contact approach this season. Though they have struggled in recent weeks with Freddie Freeman shelved, we have seen players such as Juan Uribe and Kelly Johnson come to Atlanta and reinvigorate their bats. Seitzer could be just the guy Lavarnway needs in his corner.

It’s up to Lavarnway to take advantage of the right opportunity.