Do the Braves look to be buyers if the division stays in 3-5 games reach around the All-Star break?

I think no doubt if the Braves are still hanging around they will be buying. I think the question is to what extent will they will be buying? Hart has made a bevy of trades in order to re-establish the Braves farm system. So far it look like he has done a fantastic job, and he will not give up these brand new Braves prospects easily. I think realistically if they are hanging a couple games back, they will mostly try to look for relievers to fix one of the worst bullpens in the MLB. However, if the right big name player comes up for the right price, who knows. The Braves have loads of pitching prospects to make a big deal happen.

Will The Falcons Have a More Balanced Offense This Year?

Obviously with new coaches like Quinn and Shanahan, the Falcons will look to pound the rock more often. I really like Coleman and think he can be a really good back in this system. However, the Falcons failed to really make any solid offensive line moves this offseason. The line was ranked 30th overall by Pro Football Focus last season. A shaky line in a new system does not exactly spell success. 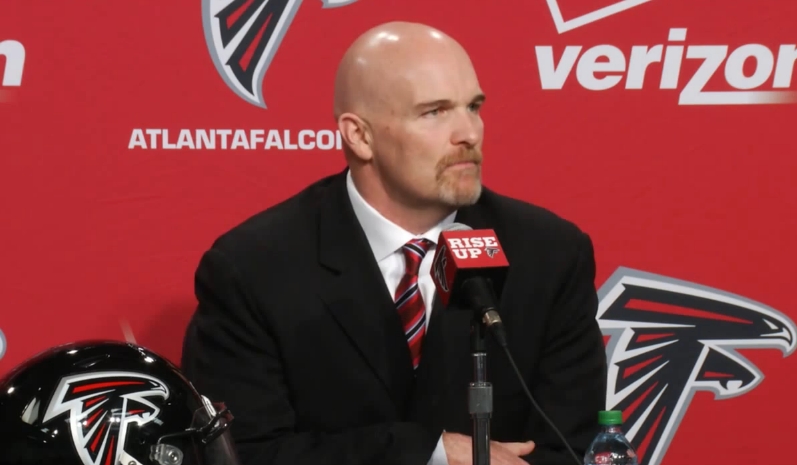 Chances of Chris Johnson Being Traded This Season?

Nothing is impossible, but it’s going to be very hard for the Braves to move Chris Johnson. The team has made it known that they have made efforts to move the third baseman, but no teams are biting. Apparently the Braves are offering to pay a large chunk of CJ’s salary. At the same time, John Hart is unlikely to give up any young assets to make that deal happen. It’s in a stalemate for now, but I think when it’s all said and done CJ is in another uniform to start next season.

How Long Will It be Before Touki Makes a Major League Debut?

Touki Toussaint is a top prospect, but he’s still far from being Major League ready. Touki was selected 16th in last year’s draft, and is still just 19 years old. He has only pitched 7 starts in A ball. I think Touki will probably make his debut for Atlanta in 2018.

3 Things the Hawks Should Do This Offseason?

Let Demarre Carroll Walk- I think Hawks fans are going to have to come to terms with the loss of either Carroll, Millsap or both. Carroll’s value has skyrocketed with his performance in the playoffs and could get around $14-15 million dollars annually in free agency. Carroll was a great bargain for the Hawks and a fan favorite because of his tremendous heart and hustle. However, he was never an All-Star caliber player, and he is not worth that kind of money. The Hawks still need to make improvements to this squad and signing Carroll could handcuff the team financially for the future.

Draft Sam Dekker- Dekker would be Carroll’s replacement. He is a smart basketball player, with a great stroke and can play defense. He would be a perfect fit in the Hawks system and could play a significant role year one.

Sign Matt Barnes- Matt Barnes recently got traded to the Charlotte Hornets as a part of the trade that sent Lance Stephenson to the Clippers. Barnes is a high IQ guy who plays great defense, and rumors say Charlotte could waive Barnes. If this happens, Barnes would be a perfect signing. He can shoot the ball well and is a perfect fit. He would also do wonders mentoring the younger wing players like Dekker and Bazemore.

Maybe we could give Marc Gasol a call as well.