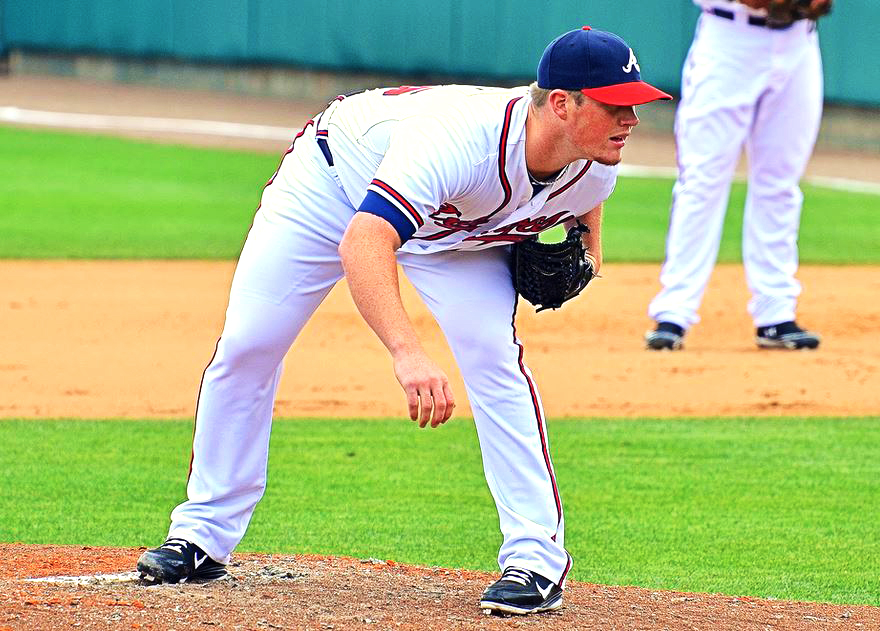 It’s always tough to see a fan favorite go, especially when he’s the best closer in baseball. The Braves shocked many on Easter Sunday when they packaged up Craig Kimbrel and Melvin Upton Jr. and shipped them to the San Diego Padres for Carlos Quentin, Cameron Maybin, Matt Wisler, Jordan Paroubeck and the 41st overall pick in this year’s MLB Draft. Will this trade hurt the club in 2015? Yes. But this deal is all about the future. Losing Kimbrel hurts, but the fact of the matter is he is a luxury. The Braves consistently develop effective bullpen players. This is not to say he is expendable, as his production is unrivaled. He had a 1.43 ERA in the past 5 seasons, good for best in baseball. But the Braves used Kimbrel to not only acquire a top prospect but to also finally shed Upton’s contract from the books. With this move, the Braves get a clean slate financially. With Upton gone and Uggla’s contract coming off the books at the end of this season, Atlanta has finally overcome the financial stalemate they have been stuck in in recent memory. The Braves also have Jim Johnson and Jason Grilli in the bullpen, both of whom have closing experience. The big picture? The Braves lost a ton of key players this offseason, but if you’re going to rebuild, you might as well go all in. The Braves project to fall a few games short of their 2014 win total, but they now have a great farm system as well as financial flexibility. Of my top 25 Braves prospects, 13 have been acquired this offseason. The lack of talent in the farm system was concerning, but the Braves have transitioned from a bottom tier system to a top 10 system in a single offseason. On top of this, the Braves also own the 14th, 28th, 41st and 54th picks in the upcoming draft. It’s no secret that the Braves target date is 2017, and the Braves now have a plethora of prospects that will be MLB-ready, as well as the ability to sign big time players. Another thing to consider is that with the long list of Braves relievers who have had elbow injuries in recent years, Kimbrel could have been next.   It hurts to see Kimbrel go, but this is the right move for the franchise. With that being said, let’s take a look at the return Atlanta gets.

The only two big league players the Braves get in return are Carlos Quentin and Cameron Maybin. Quentin struggled mightily last season, and was likely only included in the trade to make the money work in the trade as he is expected to make $8 million this season. The Braves are expected to DFA him soon. In Maybin, the Braves get a great defensive centerfielder who will compete with Eric Young Jr. for the starting spot. Maybin, who is not known for his bat, played under Fredi Gonzalez for three seasons with the Marlins. The speedster is not a big pickup by any means but if he can overcome the injury bug he has had the last two seasons then he can definitely contribute to this club. Injuries have limited him to 109 appearances the last two seasons. However, the real prize of this trade is prospect Matt Wisler. Wisler, 22, was drafted in the 7th round of the 2011 MLB Draft and has become a highly touted prospect. The righty was voted the #34 prospect in all of baseball by Baseball America. I immediately placed him at the top of my Braves prospect list. His ERA last season was only 4.42, but consider that spent most of the season in AAA as a 21 year old in the hitter friendly Pacific Coast League. His numbers prior to 2014 have been lights out. Expect Wisler to repeat AAA this year, but if he has success he is almost MLB ready at a very young age. Wisler is a strikeout pitcher who has a great slider and a plus fastball. He has a very low walk rate to compliment his high strikeout rate. He has the potential to be a #1 starter in this league. The Braves are gambling on potential during this rebuild, and Wisler has a ton of it. In Jordan Paroubeck, the Braves acquire a young switch hitting outfielder. Paroubeck was selected with the 69th pick in the 2013 MLB Draft. In his first season playing pro ball last year, he hit .286 with 4 homers and 24 RBIs in 34 games. This kid is more than just a throw in and has a ton of potential. Paroubeck comes in 17th on my list, simply because we haven’t seen enough of him. He will probably start the year in Rome, and out of all the prospects on my list he probably has the most potential to move up the most spots. If he can develop some power, Paroubeck could be a great MLB player.

It’s understandable to see how upset Braves fans are, but I have one message for Braves fans: Keep your eye on the prize. Last year’s team had a ton of talent, but at the end of the day they finished with only 79 wins. As John Hart said, “It’s not like I’m breaking up the ’27 Yankees.” The Nationals and Marlins are strong teams in the NL East this season, and it was always going to be hard for the Braves to compete. But consider that the Nationals list of Free Agents in 2016 consists of Ian Desmond, Wilson Ramos, Casey Janssen, Drew Storen, Doug Fister, Tanner Roark, Craig Stammen and Jordan Zimmermann. Now was the perfect time for the Braves to rebuild, and they should be able to compete soon. In 2017, Atlanta fans will not only be able to enjoy a beautiful new stadium, but also a contending baseball team that will be good for years to come. Some of the moves have been hard for fans to come to terms to, but the Braves now have the young talent and the money to make John Hart’s vision possible.